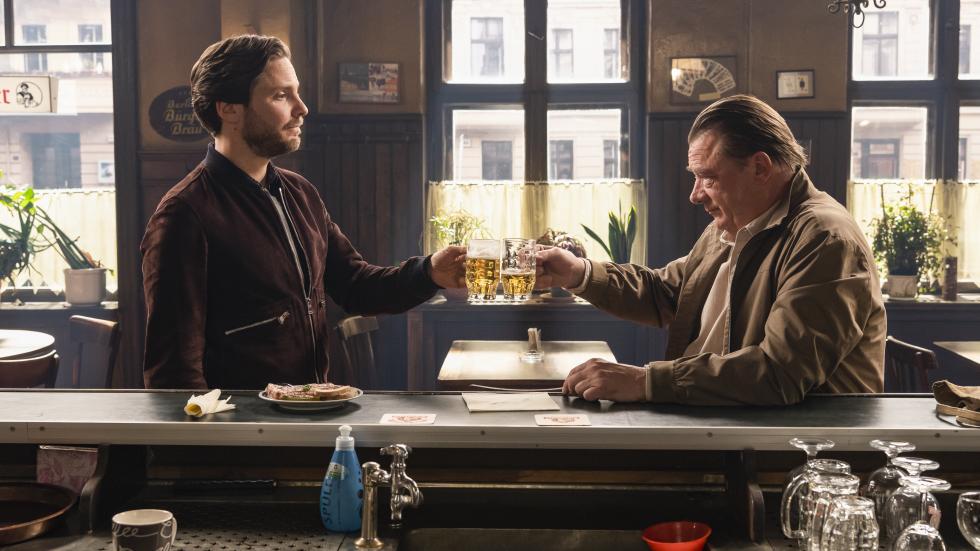 Daniel Brühl (Good Bye, Lenin!, Inglourious Basterds) opened the last Berlinale with his directorial debut: a boldly dark-humoured autofiction in which his alter ego Daniel, a successful actor about to leave for an important audition, ends up in a dialectical battle with his neighbour, Bruno. A bitter victim of German reunification and gentrification, Bruno knows Daniel's life better than he does, and is ready to play on his nerves. Sharp dialogue, psychological tension and an acting duel in the vein of "two-characters-in-a-room movies" (like Sleuth or Rear Window) in an acidic meta-comedy like no other.

Born Daniel César Martín Brühl González in 1978 in Barcelona, Spanish-German Daniel Bruhl's career has mainly involved acting for cinema. In the early 1990s, he began appearing in German TV series and telefilms, starting his career in film with Schlaraffenland (1999). He rose to fame with Good Bye, Lenin! (2003), for which he received the European Film Award for Best Actor, among others. Since then, his credits (in Germany, Spain, the USA and France) include The Edukators (2004), Salvador (2006), Two Days in Paris (2007), Inglourious Basterds (2009), The Pelayans (2012), Rush (2013) and Captain America: Civil War (2016), among many others. Next Door, in which he also stars, is his directorial debut, and premiered at the Berlinale.