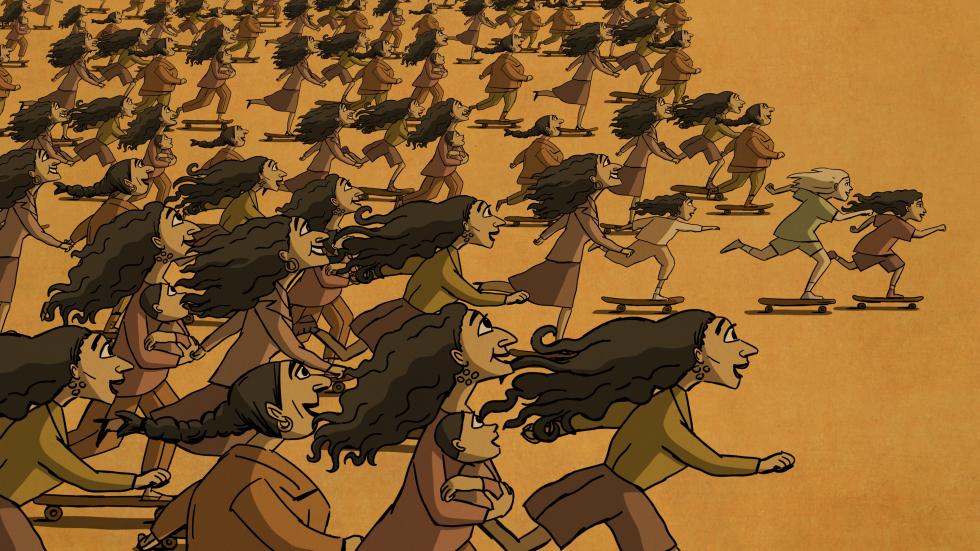 Only three months before the withdrawal of US troops from Afghanistan, Michaela Pavlátová won the Jury Prize at Annecy for this film, which deals with the situation of women in post-Taliban Kabul. The urgency that the story of Herra, a young Czech woman who falls in love with an Afghan, adapted from the novel Freshta, in which the Polish journalist Petra Procházkova recounts her personal experience, would gain in urgency, little did Pavlátová know. A film that deals with the complexity of Afghan society, and in particular the place of women in it, addressing it in a humorous way but without easy solutions.

Prague, 1961. Graduated from the Academy of Arts, Architecture and Design in the Czech capital, she began directing animated short films in the late 1980s. Some of her most renowned films include Reci, reci, reci (1991), which was nominated for an Oscar, and Repete (1993), Golden Bear at the Berlin Film Festival. After a period working in San Francisco as an art director at the Wildbrain animation company, Michael Pavlátová returned to Prague to take a temporary break from cartoons and direct her feature films Neverné hry (2003), which received a Special Mention in the New Directors section at the San Sebastian Festival, and Deti noci (2008). She returned to animation with the short film Tram (2012), awarded twice at Annecy. Prior to directing her new feature film, My Sunny Maad, she taught animation at Prague, San Francisco and Harvard.