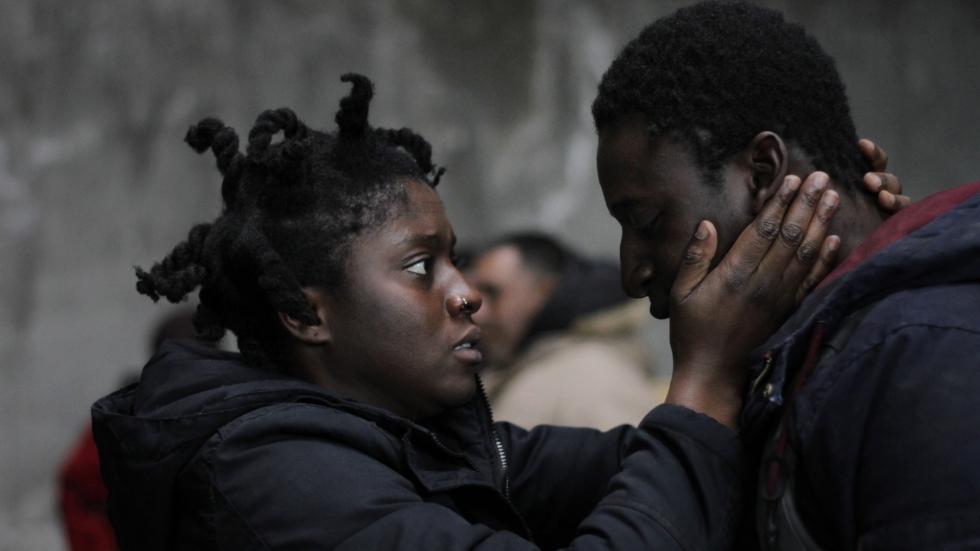 The Crystal Globe winner at Karlovy Vary, which puts the spotlight on the largely unenlightened area of sentimental relationships and personal ambitions of refugees. Aged 28, Strahinya and Ababuo, who come from Ghana, find themselves stranded in a refugee center in Serbia. Strahinya struggles to get a place as a footballer on the local team in order to obtain residency. But Ababuo lives unsatisfied because her dream is different: she wants to go to London to become an actress, so she sets out on the (clandestine and haphazard) road with two Syrian refugees. There begins Strahinya's quest in search of Ababuo, in a story in which love is debated against the search for one's own identity and which, due to circumstances, becomes a matter of life or death.

He was born in Belgrade (Serbia) in 1977. He graduated in Film and TV Directing from the Faculty of Dramatic Arts in Belgrade, where he now teaches directing at the master’s level. His short film (A)torsion (2003) won over 30 national and international awards, including the Golden Bear at Berlinale, the European Film Academy Award, and the Oscar nomination. He directed a short in the omnibus Lost and Found (opening of Berlinale Forum 2005). His first feature Love and Other Crimes premiered at Berlinale Panorama Special in 2008 and won several awards at international festivals. With director Bojan Vuletić, he co-wrote Practical Guide to Belgrade with Singing and Crying, premiered at Karlovy Vary in 2011. As Far as I Can Walk, his second feature film, won the Crystal Globe at Karlovy Vary.