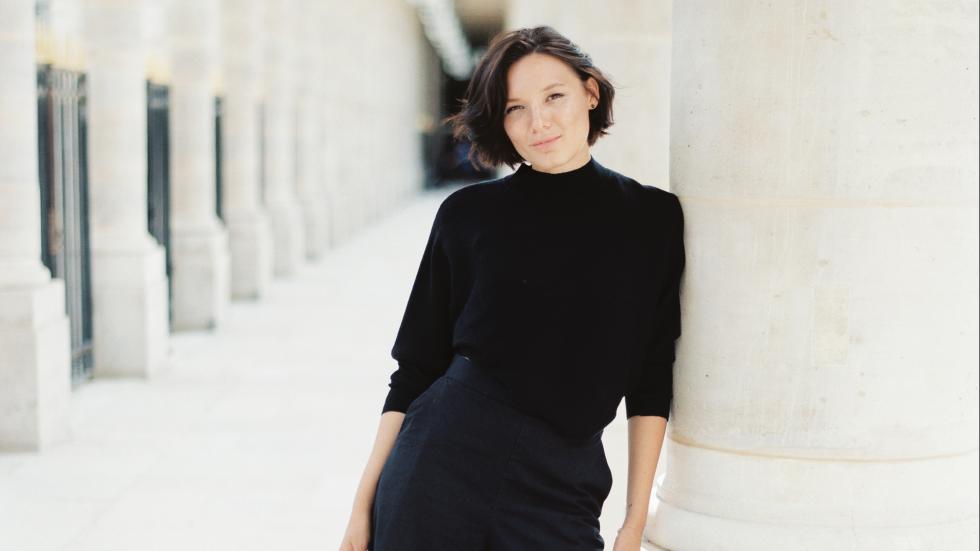 “Grief has become something a lot more people can relate to”

An interview with Christina Tynkevych, director of How Is Katia? The Ukrainian director speaks to Seville Film Festival about remapping moral compasses, her native country’s cinematic past and political present, and how the core theme of her debut feature became devastatingly relatable for many in her homeland

You spent three years developing the feature, off the back of an initial short film that dealt with similar themes. What remained constant and what changed in your script over those three years?

Many things have changed. Originally, I wanted to tell the story both from the point of view of Anna and of Marina, the girl who was behind the wheel. Each of them had their own arc, their own transformation. And the idea was that each of them had their own truth. But to be honest, it’s my debut film. And I felt that doing the script from two perspectives turned out to be a super complicated challenge. So in the end I thought I’m just going to focus on one protagonist. But I guess what was always the same was this moral dilemma of should I actually act on revenge? And this is the main conflict plot point around which I was building the whole story.

Having previously made shorts and documentaries, what was the biggest change or challenge making a feature?

I think it’s the timeframe in which you have to make a film. When I was doing documentaries, they were still short films. My longest short was 27 minutes, and it took me a year to make it, from the beginning to the end. Whereas this film, overall, from the initial idea to the release, was five years. It’s a marathon. And I think this for me was the most complicated thing because five years is a big part of everyone’s life. You change a lot during this time and you have to keep running and you have to understand why you’re doing this film for all these five years. You have to keep focused. You have to stay interested in the topic and not forget why you were making this film in the first place.

Many of the obstacles and instances of corruption that Anna faces are very specific to Ukraine, but the themes of grief and justice are universal. How much did you want the film to reflect Ukrainian reality, and how much did you want to make it accessible to those outside of Ukraine?

I think any film that you make should be universal to some extent, and speak to different people. But there has to be a universal topic that is grounded in a more specific reality. In general, corruption is not uniquely Ukrainian, but it is Ukrainian. For me it was important to really mirror the reality in which I live. For some reason not that many Ukrainian filmmakers make films on corruption. I guess part of it is due to the fact that we have a big history of poetic cinema in Ukraine. So a lot of filmmakers who are educated in Ukrainian film schools, they are educated on these works of poetic cinema, of Dovzhenko, the Soviet masters, etc. When I discovered cinema for myself, I discovered it through the new waves, through Romanian cinema, through Georgian cinema, and I think that’s where my influences were coming from. And maybe that’s why I wanted to make a film like that about my country. But as you said, the main topic is grief, revenge, and the moral compass within us. And these are themes that anyone can relate to anywhere in the world.

The film shows how morality is not absolute or universal, but something responsive, under constant re-calibration. Do you think the country or society someone lives in shapes their moral compass?

Yes, of course. But really, even within one society, each one of us has their own moral compass versus their own moral principles, moral borders. And what really interested me was the relationship between yourself and your moral compass. Each one of us has a certain set of rules by which we play in life. And what interested me was when do you change the rules for yourself? What are these circumstances that actually make you betray your principles, betray your identity?

The film uses a lot of long takes. When you hit record on these shots, do you have to give up a certain amount of directorial control?

Yes and no. On one hand, it’s really controlled during rehearsals, because if you’re doing a single take, it has to be perfect. The acting, the camera, the sound. A lot of things can go wrong during the take. We didn’t have a huge budget, so I didn’t have the luxury of rehearsing with the actors prior to shooting. So the first time I actually had the actors all together playing a scene was on set. I had a little time doing blocking and then I had the takes. And with takes, what I do is that I build up. We do one take, then I adjust some things. I leave the stuff that I like, I take out the stuff that I don’t like. We do one more take. And so with each take we build up the scene to a point to which I like it.

Do you see the Ukraine that you show in the film as a recent past or still present Ukraine?

I would say still present Ukraine. We still have a lot of these questions, a lot of these problems that exist in society. They have faded slightly in everyone’s minds and in the media coverage, obviously, because we have much bigger fish to fry right now. But it doesn’t mean that these problems have evaporated. I’ve been thinking about it a lot, that right now our country is very united, because all of us have a common enemy. And I think that when we have our victory, then the most difficult part will begin. And it might be even more difficult than what we have now, because all of these problems are going to resurface and they’re going to be even deeper. But they’re covered by the fog of war right now.

Your film was made before the war, but released after. Do you think this has changed how it’s received in any way? Have people tied it to the war in ways that maybe you hadn’t even intended?

Yes - before the war, it was a film about an extraordinary situation. Now, so many families around the country are losing their kids. They’re losing their fathers, brothers or husbands. And the theme of grief for your loved ones has become something a lot more people can relate to, unfortunately. So I guess, yes, this is the way in which the film talks about today without knowing that it would.