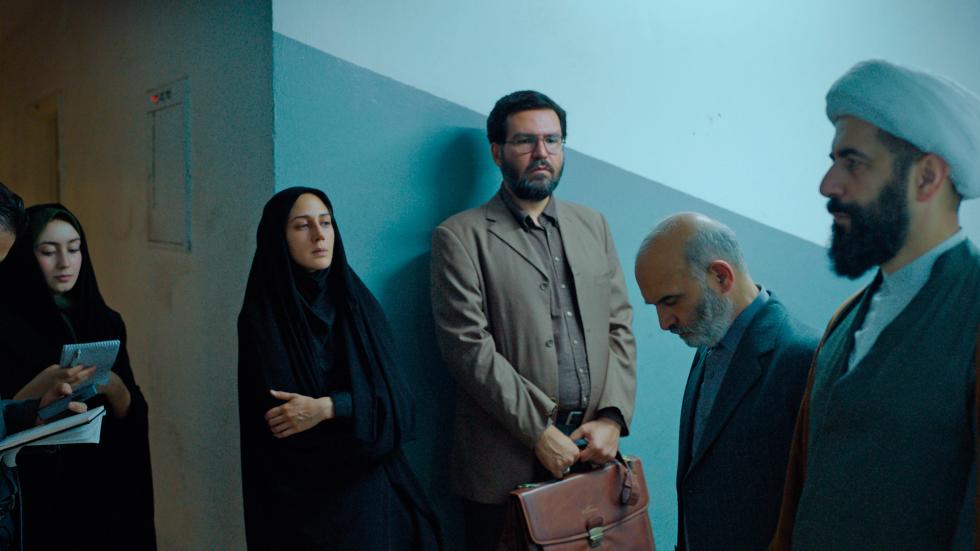 Ali Abbasi’s latest film Holy Spider is a fictionalized true-crime drama-thriller based on a serial killer who took the life of 16 women. The action takes place in the beginning of the new millennium in the second-largest city of Iran, Mashhad. Central to the storyline is the character of Saeed Hanaei (played by Mehdi Bajestani), a veteran of the Iran-Iraq war in the ‘80s who now works as a construction worker and yearns for public acclaim and a martyr status. He decides to go on a misguided crusade to achieve those by cleansing the streets of Mashhad from the world’s oldest profession; the bodies slowly start piling up and the media dubs him the Spider Killer.

His antagonist is Rahimi (Zar Amir Ebrahimi), an irreverent journalist who comes to Mashhad to investigate the case. Regardless of the fact that she is aided by Sharifi (Arash Ashtiani), a well-intended local reporter, she seems to be on a lonely mission: unsurprisingly, the police are shown to be not only uncooperative and misogynist, but also rather uninterested in finding the perpetrator. Rahimi thus decides to take matters into her own hands by playing the bait and directly confronting the killer.

While not exactly original, given that the plot devices used are unimaginative and the story of the Spider Killer has been already covered by a documentary (And Along Came a Spider, directed by Maziar Bahari, 2002) and another feature film (Killer Spider, by Ebrahim Irajzad, 2020), Holy Spider is a film that arrives just in the right time. It shows how women in Iran have been continuously mistreated for years and helps the wider audience understand better the realities lying, to a large extent, in the root of this year’s wave of nation-wide protests related to Mahsa Amini. This 22-year-old woman was arrested by the so-called religious morality police for not wearing the hijab according to the imposed standards and subsequently perished under mysterious circumstances. The protests are nationwide, spread across social classes, the streets, schools and universities, and aim to increase women’s rights and ultimately overthrow the Islamic Republic.

Holy Spider depicts enthralling aspects of the Iranian society, although it is arguably very far from an average Iranian film. It begins with an explicit sex scene, which is then followed by acts of crude violence, consumption of drugs, and direct criticism of the role of women in the local society, ultrareligious views, the public authorities, and the conservative media who heralds the Spider Killer as a hero. It ends poignantly, as a culmination bound to haunt the viewers long after the final credits roll.

For these reasons, the realization of Holy Spider had various obstacles: it was initially about to take place in Iran; however, this quickly turned out to be impossible because of the script. The location was then moved to Jordan, but there were many pushbacks because of the coronavirus pandemic. The next option was Turkey, but the production was stalled by the local authorities; Abbasi claims that this happened because the Iranian government interfered.

At the end, the film was shot over 35 days in Jordan, with Bajestani and Ebrahimi taking a major risk playing the leading roles. This risk paid off: Ebrahimi received the Best Actress Award at Cannes Film Festival and the movie is selected as the Danish entry for Best International Feature Film at the 95 th Academy Awards. Holy Spider premiered in Spain at the 19th Seville European Film Festival.