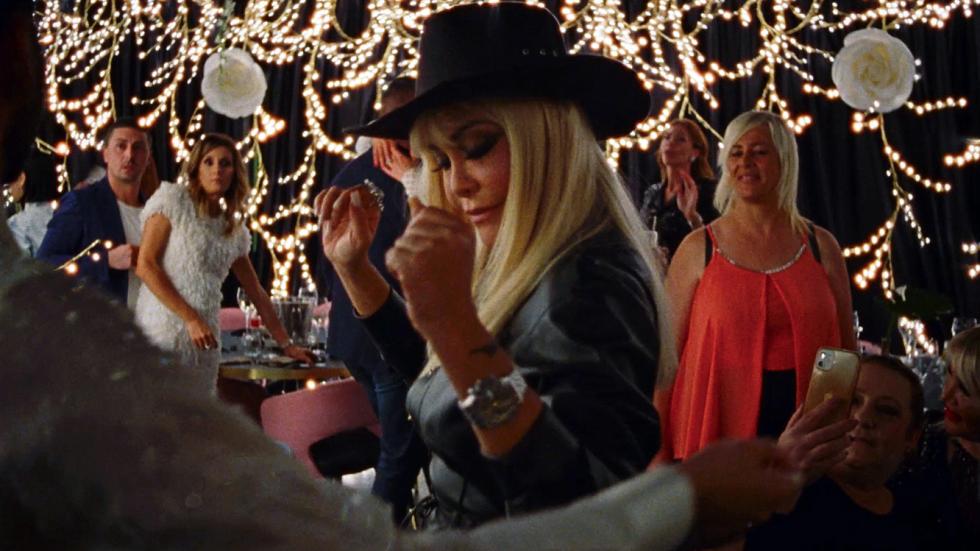 Winner of the Horizons section (best direction and best actress) at the 2022 Venice Film Festival and presented at Seville Film Festival (Official Selection), Vera is an authentic and genuine portrait of a character that not everyone knows: Vera Gemma is the daughter of the unforgettable western actor Giuliano Gemma between the sixties and seventies.

In this case, the two directors, Italian Tizza Covi and Austrian Rainer Frimmel –after Mister Universo (2016), which they told the exploits of Arthur Robin, and La Pivellina (2009), a dramatic story set in the circus world– they tell the world of Vera through a hybrid in which the woman is a person / character desperate for her own identity, a daughter perpetually followed by the shadow of the father. A search for individuality and a role that the linking of the film becomes a metaphor, in the encounter between the protagonist and a child from a village family.

And it is precisely this almost indistinguishable interweaving between the fiction of the film and the reality of the character that characterizes Vera more than anything else. Because if it is true that a good part of the story rests on an invented plot, it is evident that throughout the entire film Vera Gemma is an interpreter only of herself in an interpenetration between person and character who on balance uses a narrative pretext to become a vehicle for the expression of a personality. As if the ultimate task of this film was the recognition of her primary being, not dependent on a second figure.

It is clear that the entire movie aims at this goal, compressed in a self-referentiality that constitutes its own horizon. The directorial style is modeled according to the semi-documentary story, with a free montage full of jump-cuts and a camera that relentlessly follows its protagonist for much of the film. In fact, problems to tell the truth evident from the very first bars of this Vera, too busy looking at her own reflection to see the whole mirror.

Because if, as we have said, the film is constructed in an intertwining between reality and fiction, it is also true that the final rendering appears artificial, referential, in such a way as to give the real the flavor of the fake. How pretend the acting sounds, at times honestly not up to a stage like Venice, made up of useless silences and jokes spoken as if the actors constantly forget what to say. A choice probably wanted by the two directors, with the aim, we can suppose, of bringing the filmic rendering closer to a real language, from direct shooting. A sort of “good first” philosophy which, on the contrary, risks dangerously tending towards a reality show language.

And it is no coincidence that Vera Gemma owes her notoriety in recent years to her participation in television programs. In conclusion, Vera turns out to be a work closed in its own self-referentiality, which combines an interesting idea about a daughter in search of her own individuality with a banal fictional component, a trite story that leaves the viewer speechless.