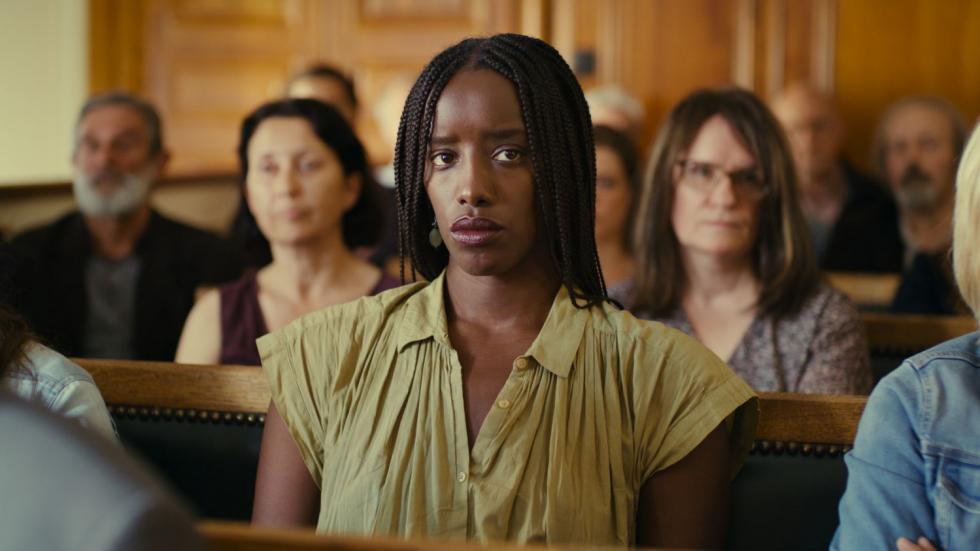 The 19th edition of the Seville European Film Festival already has its winning film. It is Saint Omer, the feature film debut of the French filmmaker of Senegalese origin Alice Diop. The Official Section Jury, made up of Mounia Akl, Charles Tesson, Rocío Mesa, Laurentina Guidotti and Elisa Victoria, has awarded the Golden Giraldillo for Best Film to Diop's work for "the great trust placed, in the context of a trial, in the power of the word to understand reality while still showing through it the mist of the inexplicable".

The film addresses, through the real-life case of a woman who caused the death of her baby, the racial prejudices and critical awareness of a multicultural society, as well as the contradictions and conflicts involved in the experience of motherhood in contemporary society. Saint Omer was also awarded the prize for best screenplay, by Diop, Amrita David and Marie Ndiaye, for "the care taken in the writing of the characters and in the oral/verbal expression as a visible and profound manifestation of the human being".

The other big winner was Lukas Dhont's Close, which received the Grand Jury Prize for the "elegant classicism of its staging, which elevates a moving portrait of two remarkable characters"; and the Best Actor Award, for Eden Dambrine, for offering "a timeless and deeply heartbreaking portrayal of childhood, guilt and loss", as well as for being able, "with maturity and love, to carry Leo's [his character] pain throughout the film and project his wound into our hearts". 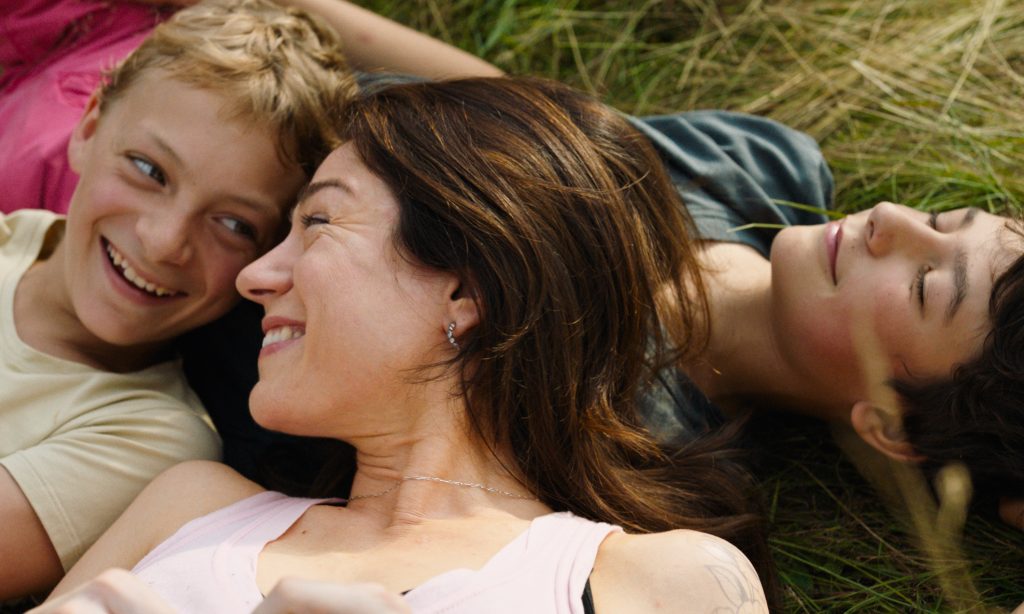 The Special Jury Prize goes ex aequo to Fogo-fátuo, by João Pedro Rodrigues, for the Portuguese filmmaker's "ability" to "deal with humour, fantasy and great originality with important themes such as the relationship between the aristocracy and the people, colonialism and love taken from us".

The award for best direction recognises the work of Pietro Marcello in Scarlet. Already a winner in Seville with Martin Eden (Golden Giraldillo in 2019), the Italian filmmaker, according to the jury's decision, deserves this new recognition for "the beauty of his staging, the vibration transmitted by each shot", which makes Scarlet "at once a painting and a realistic, whimsical and fantastic story about a few characters and a whole period between two wars".

In the directing section, the jury wanted to recognise Paolo Taviani for Leonora Addio, a film dedicated to his deceased brother Vittorio. "With apparent simplicity, the filmmaker deals with profound issues: Pirandello, 20th century Italy, the path taken by the writer's ashes". "Following in the footsteps of Sergio Leone, Paolo Taviani delivers his own Once Upon a Time in America with marvellous minimalism," it concludes.

For its part, Other People' Children, by French director Rebecca Zlotowski, the film that opened the festival on the 4th of November, received the award for Best Editing, given to Géraldine Mangenot, for a work that "breathes new life into the script and gives the film its true rhythm and gives it another dimension".

In the section for best female performance, the jury gave equal awards to actresses Zahra Amir Ebrahimi for her work in Ali Abassi's Holy Spider and Julie Ledru, star of Lola Quivoron's Rodeo. The former composes "a vivid portrait of a woman forced to take control of her life in an oppressive environment" and "channels her character's traumatic experience with both tenderness and strength at a time when thousands of Iranian women are staging courageous protests against oppression". The jury praised the latter for "the power and fluidity with which she tackles a complex and intense performance, in which she moves through a large number of registers, conveying in all of them a deep inner world".

Completing the list of winners in the Official Section is the award for Best Cinematography, to Mauro Herce for his work in Santiago Fillol's Matadero, materialised in a photograph "that allows the spectator to feel deeply the source of all light".

The feature debut of the Scottish director Charlotte Wells, Aftersun, has been ratified as one of the great sensations of the season in its passage through Seville. The CampUS Jury chose it as the best film in the New Waves section "for the subtlety with which it tackles such a complex and delicate subject as the loss of a father's relationship with his daughter", as well as for its "precise choice of moments to build elegant and organic characters from an intimate and sensorial proposal".

In addition, A noiva, by Sérgio Tréfaut, received the New Waves Special Award for its "new and close look at such a contemporary reality as the brides of ISIS". The university jury also highlighted "the bravery of portraying a woman in an extreme situation without victimising herself", as well as "its capacity to denounce such a forgotten subject through an attractive formal proposal".

For its part, Viagem ao Sol, by Susana de Sousa Dias and Ansgar Schaefer, has been recognised with the award for best film in New Waves Non-Fiction for the "shot-by-shot political commitment, full of elegance and humanity" of this film, which - the decision adds - "reveals the voices and wounds" of the Austrian children sent to Portugal after the Second World War, thus suffering "a double uprooting and two childhoods".

The winner of the Endless Revolutions section, as decided by the festival's Fipresci Jury, was Dane Komlijen's Afterwater, for its ability to "express through images and sounds the relationship between the human body and nature as something that forms a unique ecosystem".

Carlos Pardo Ros, who competed in the New Waves Non-Fiction section with H, won the AC/E Award for Best Director of a Spanish Film, awarded by Acción Cultural Española.

Finally, the audience decided that the Audience Award for Extraordinary Stories should go to Blue Jean, by British director Georgia Oakley, while the Grand Audience Award for Best Film in the EFA Selection went to Tori and Lokita, by Belgian filmmakers Jean-Pierre Dardenne and Luc Dardenne. 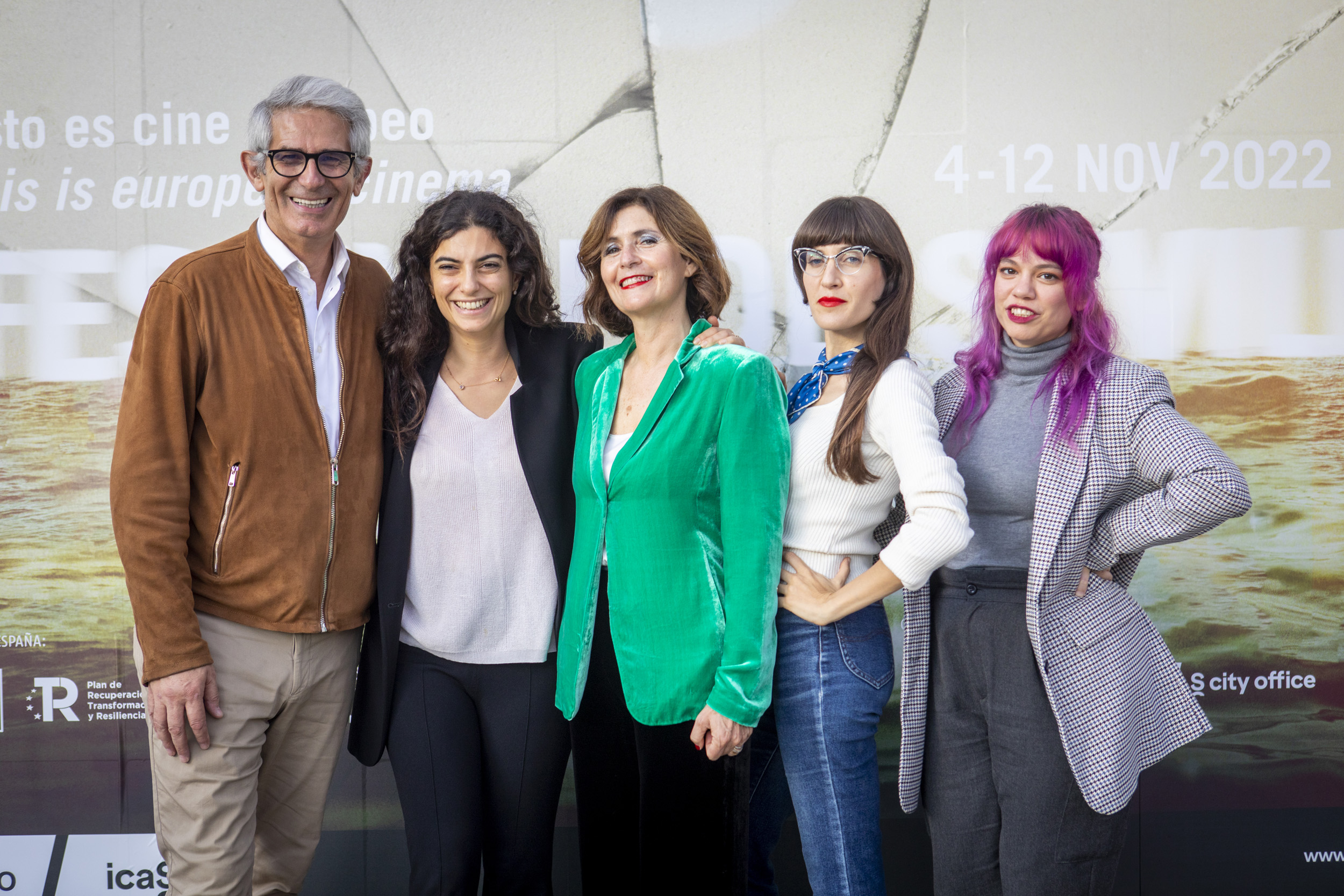 LIST OF WINNERS OF THE 19TH SEVILLE EUROPEAN FILM FESTIVAL

Golden Giraldillo for the best film

Cinéphiles of the Future Award

ASECAN Award for the best film in the Official Section