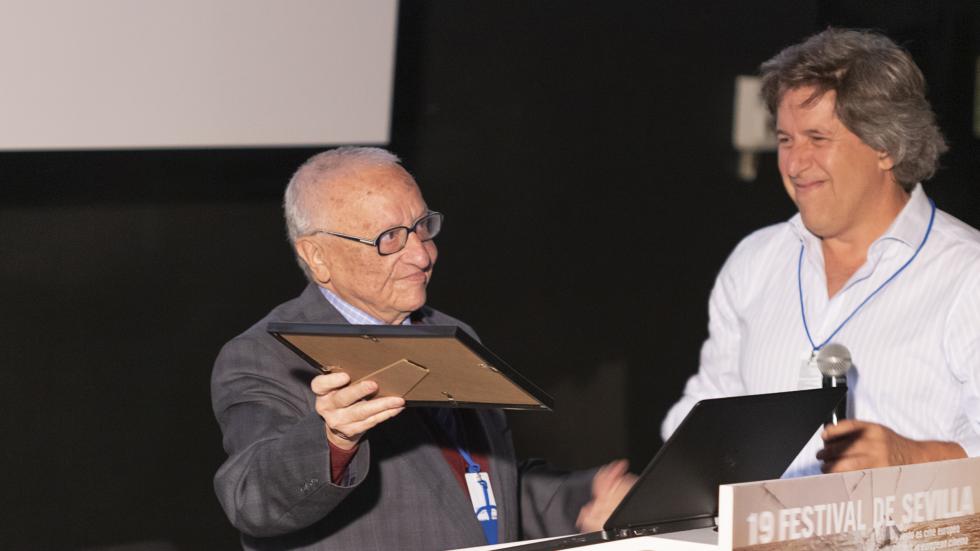 This Wednesday, the Festival inaugurated the second edition of the Independent Film Market, which will bring together around one hundred distributors and exhibitors, as well as representatives of television channels and streaming platforms, until Friday 11th

This Wednesday, the Seville European Film Festival inaugurated the second edition of the Independent Film Market (MERCI), an initiative organised jointly with the Association of Independent Film Distributors (ADICINE). The event, which runs until Friday the 11th of November, will bring together around a hundred professionals, including distributors, exhibitors and representatives of television channels and streaming platforms, to discuss common strategies for bringing quality cinema to the Spanish public.

The presentation held at Mk2 Cinesur Nervión Plaza was attended by the director of the SEFF, José Luis Cienfuegos, the president and vice-president of ADICINE, Lara Pérez Camiña and Enrique Costa, as well as Miguel Morales, honorary president of ADICINE, who presented Juan José Daza with the first MERCI Seville Award.

A historic figure in the sector, a man of cinema who has covered many facets of it, Daza has been a scriptwriter, producer, distributor, critic for a number of years, exhibitor and programmer. ADICINE has highlighted the "exemplary work of attracting audiences" that Daza carried out in his last professional stage, at the head of the Madrid-based Cine Paz.

The programme of the second Independent Film Market includes an exclusive screening for the invited professionals featuring 20 films that will be coming to commercial cinemas in Spain over the next year.

In addition to the almost 50 screenings that will take place over the three days, MERCI will feature meetings, talks and round tables with industry professionals on the main challenges facing the film industry today. These activities include a debate on the development of the national and international market, led by the Comscore team, and a round table on synergies between distributors and exhibitors, with representatives from the Association of Distributors of Independent and Original Version Cinema (PRÓXIMA), the Network of Independent Cinemas (PROMIO), the Association of Spanish Film Exhibitors (NAECE), the Federation of Spanish Cinemas (FECE) and ADICINE.

Within this framework, there will also be a round table on the visibility of films in the media and a showcase by the Confédération Internationale des Cinémas d'Art et d'Essai (CICAE), as well as various promo reel sessions.