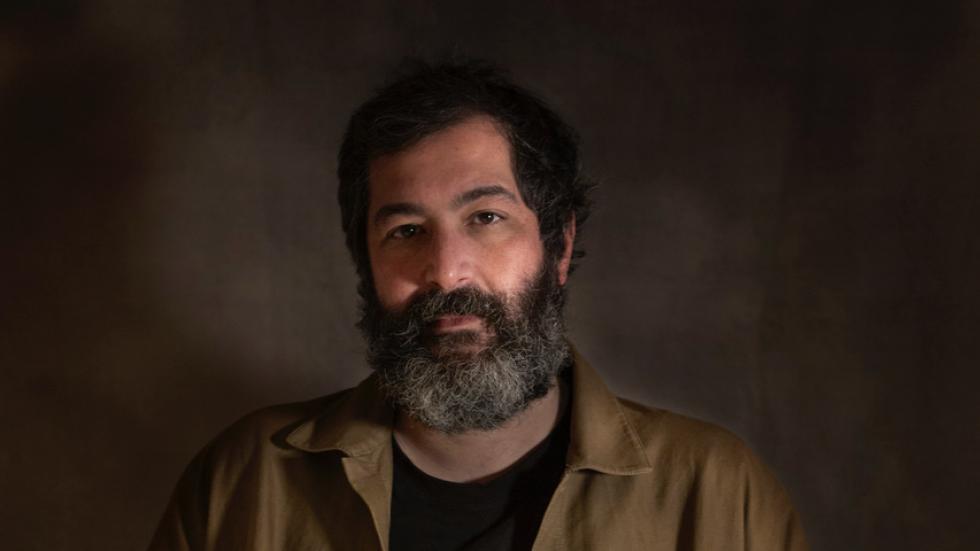 Carlos Pardo Ros, co-founder of the lacasinegra collective, presents H, his first feature film as a director, a film as surprising as it is immersive, as radical as it is audacious, which will revolutionise the SEFF in the New Waves Non-Fiction section

"Pamplona, 12 July 1969. A young bull, by the name of Reprochado, surprises a man who is charged and thrown into the air. The man dies instantly from a goring to the heart. Nobody knows who he is because he has no papers. In his pockets they find 4,400 pesetas, a packet of Ducados and a key ring with the initial H on it. And although everyone is wearing white, he is wearing blue. More than 500 people pass through the hospital morgue to identify him. Finally, a nurse who enters on the afternoon shift says that she had been dancing with him the night before. Finally it was known who the dead man dressed in blue was. H was my uncle".

A voice-over puts us in the first moments of a film that breaks the mould with its viscerality, its radicalism and its immersive capacity. "With the film I wanted to fantasise. To give fiction the possibility of filling in the gaps and creating another possible story of H", says the director.

The same voice-over tells how the man in blue spent the night separated from his friends, and that his last hours, before dying in a bloody lock-up in the Sanfermines of 1969, is a well of doubts that has accompanied him, and his family, for years. "I have tried to solve this mystery", he continues. "To do so, I invited Pedro, Leo, Itsaso and Julio to invoke his ghost". The voice-over is that of Carlos Pardo Ros, and his accomplices in the invocation are Pedro Ladroga, Leonard Plattner, Itsaso Arana and Julio Carlos Ramos Zapata, the "actors" who step into the shoes of H, or his ghost, in an attempt to reproduce those last hours, to follow in his footsteps, laughing, dancing, drinking, mingling among the hundreds of thousands of people who fill the streets of Pamplona in today's Sanfermines, building, in some way, a single living entity. "A desiring organism that feels the urge to drink, take drugs or flirt", says Pardo Ros. "As if that very night everything was going to die. This vertigo of death is something that is in the film and that somehow coincides with a sensation that has been very present in our lives for the last two years, the idea that at any moment we can die".

In this way, H the film is, in the words of its director, "an invocation. The image of these ghosts is spectral: flashes with multiple faces and bodies. That's why in the editing room we worked on the material in an essential way. We were looking for movement, light and colour. And based on these ideas we found a rhythm, a way of relating these spectral images of the ghosts of H to a series of emotions and ideas".

We talked to Carlos Pardo Ros about his first feature film as a director, about cinema as a collective, about references and the concept of experimentation with images and sound.

You are directing your first film after more than 15 years working in cinema. Why did it take you so long and what made you take the plunge?

H arose from a very visceral, almost cathartic impulse that has lasted for almost six years, so out of those 15, I've spent the last six making the film. I wanted to play with the images because I felt imprisoned by a certain form of representation that didn't stimulate me. I remember the day I told Gabriel Azorín the story of H and that I wanted to go to Pamplona to film people dressed like him. His response was so forceful that I had to do it: "Yes, let's do it".

At this year's SEFF you'll be working with other filmmakers with experience in collective work: María Antón Cabot and yourself with lacasinegra, Julián Génisson and Canódromo Abandonado, and the BRBR collective presenting La mala familia. What are the values, advantages, etc. of this form of creation?

All the values and all the advantages. Cinema is a collective art, however we look at it. I learned to make films because I set up lacasinegra with Gabriel Azorín, Elena López Riera, María Antón Cabot and Jorge Medal. We wanted to make films, but we felt we didn't fit in and we got together to find out what we were. When I look around me I see that we are not the only ones who did that. A whole generation of filmmakers grew up like that. It makes me sad to see that we are losing that and going back to the idea of the auteur.

Don't you agree with that idea?

Although "auteur politics" worked as a revolt in the middle of the last century, that idea is still valid more than 60 years later. And no. I refuse to believe that films arise from the genius of one person. Personalism is abused. Sometimes it feels as if the director matters almost more than the film itself. And even though we now have a production company and we sign the films in a more or less conventional way, our way of working remains the same. With this and with all past, present and future films.

The festival's website quotes a phrase from fellow filmmaker Manu Yáñez: "The film is an impossible cross between the nihilism of Gaspar Noé and the transcendentalism of Terrence Malick".

I'm not very clear about the references that were circulating in my head when I shot H. In fact, I think that something I liked and enjoyed was to do it in such a raw and radical way, without references. It was a leap of faith. Obviously, as I worked on the film, films, paintings, photographs appeared and influenced the process. Besides, you can't escape from what you already know and it seeps in.

Can we talk about "experimental" cinema? That's a label that tends to be used for any artistic work that escapes from the conventional, and it's possible that the authors are not too happy about it...

H is essentially an experimental film. We did almost all the processes without knowing very well how they were done because it was part of the proposal. But the main idea was still there. We never gave up on it. That's why it's experimental. Because we really experimented. And yes, I agree that we're a bit suspicious of the word because it alienates viewers and turns our films into something inbred. And the fact is that in making this film we have thought a lot about the spectators. The one who is going to receive the film. We didn't want to make an exercise in onanistic style but a film that communicates. Maybe I'm naïve, but I still believe that ideas like "industry" or "audiences" are malleable, and that the "margins" are not very clear to me where they are. Films find their place.

In this sense, is there a decision, let's say an intimate or aesthetic one, to make a type of film even if it doesn't fit into the conventional exhibition circuits? Festivals such as Seville are an open door, but how do you combine these sensibilities with a reality that seems to turn its back on anything that is outside the norm?

It's difficult, yes, but everything is difficult nowadays. Even the most commercial film runs the risk of not being seen by anyone. And precisely because of that, because the public has turned its back on cinema, I think it's time to propose, to experiment and maybe, in this way, we'll find an audience.

Do you think about the audience during the creative process?

Yes, absolutely. I think about the audience, about communicating, about connecting emotionally with the people who see the film. Otherwise I would be arrogant. I make films to be seen. I don't want it to be for everyone, but I do want to find people I can communicate with.