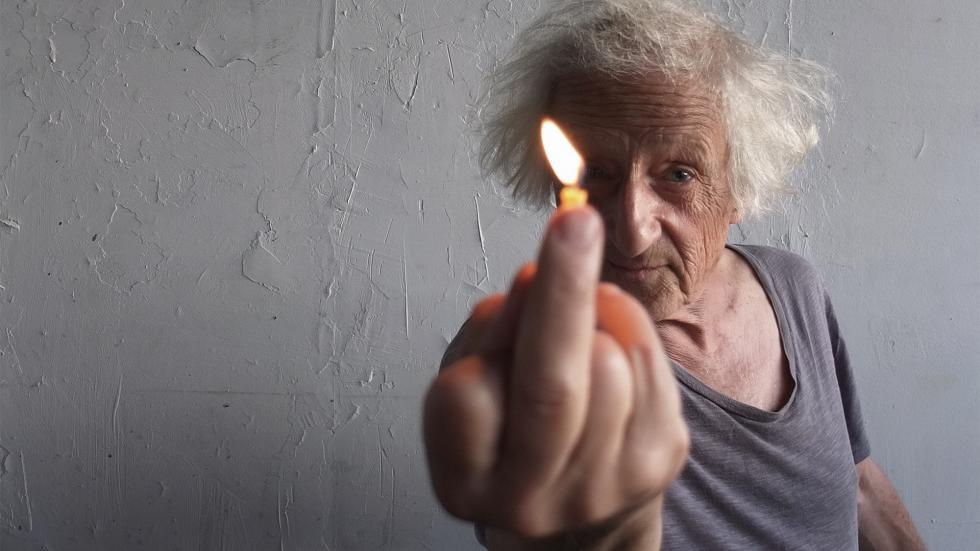 Transiting through the mourning of death by soaking it in life: that is what Narimane Mari (Bloody Beans, SEFF 2013) does in this film-tribute to her partner, the painter Michel Hass. We watch him paint, we walk with him, we sing, dance and laugh, watching life together go by, contemplating Haas' art and the randomness of light coming through a window, that of a cat between the sheets. A loving dialogue that goes beyond death, a poetic and vibrant film about a person full of joy, vital force and creation who, thanks to cinema, will always be with us. Awarded at FIDMarseille.

Narimane Mari founded Centrale Electrique to produce films by directors and artists whose imagination and vision of the world are freely attached to tell the real in contemporary history. At the same time, she directs her own films and installations, working on languages, exploring forms of narratives and spaces of perceptions. Her films Prologue, loubia hamra (Bloody Beans), Holy days received numerous awards at FID, Toronto, BFI... They were shown at the Centre Pompidou Paris, MoMA, Reina Sofia, Louisiana, Biennale of Shanghai... Le fort des fous premiered at Documenta 14 and Locarno, and joined the collection of the Centre National des Arts Plastiques (CNAP) On a eu la journee bonsoir (We had the day  Bonsoir) premiered at FID Marseille and received the Grand Prix of the French competition and the CNAP prize. She produced Roundabout in my head by Hassen Ferhani (awarded at FID, Torino, Belfort…) and 143 sahara street, multi-awarded: Locarno emerging director award, DMZ, Torino, ... ), ATLAL, by Djamel Kerkar (first FID award).