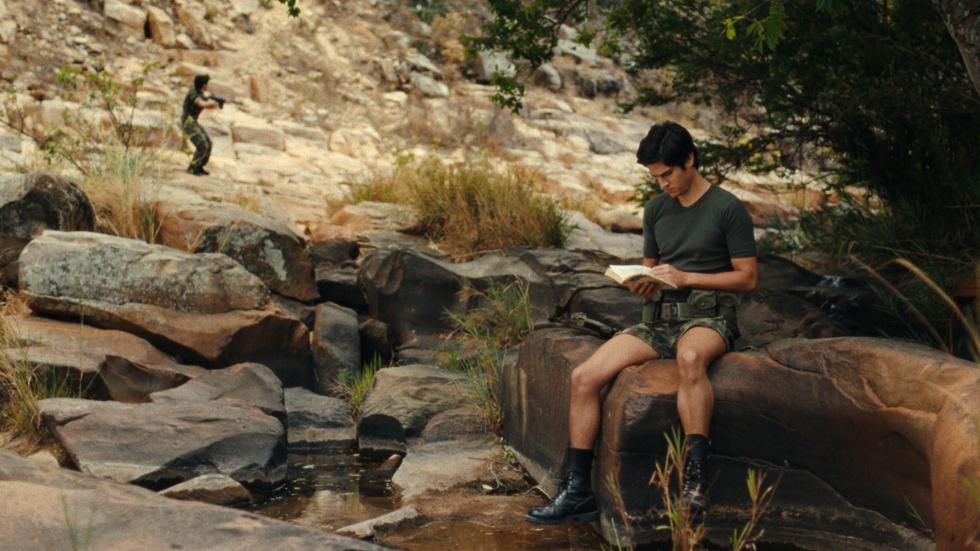 His second feature, the neo-noir Um Fio de Baba Escarlate, was one of the biggest surprises at SEFF 2020. With Naçao Valente, Carlos Conceiçao establishes his reputation as one of the leading names in contemporary Portuguese and European cinema with this post-colonial look at Angola in the midst of the war for independence, escaping the usual historical and political narratives by invoking the fantasy of Jacques Tourneur, the surprise twists of M. Night Shyamalan and the homoerotic pulse of Claire Denis's legionnaires. A film about the cyclical dynamics of fascism and the European violence in Africa that echoes our present on and off the screen.

Carlos Conceição was born in Angola in 1979 during the Soviet conflicts in Africa and, since he was 12, he lived between his birthplace, where he specialised in English Romantic literature, and Portugal, where he graduated from the School of Film in Lisboa. In 2010, his first short film The Flesh won the Best Brand New award in IndieLisboa, and since then his work has gradually grown out in merits; Versailles (2013) debuted in Locarno, Goodnight Cinderella (2014) and Bad Bunny (2017) in La Semaine de la Critique in Cannes, and Serpentarius (2019) in the Berlinale, debuting on making feature films. Um fio da baba Escarlate won the Silver Méliès in Strasbourg (2020) and also the Best Director award for an European film in Seville.