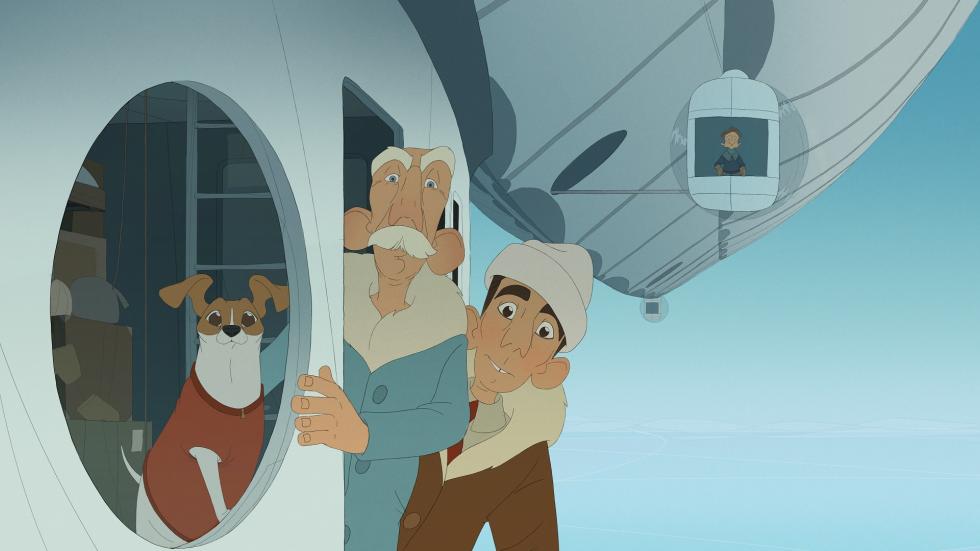 This is European animation at its best: a film from the Oscar-nominated production company of The Triplets of Belleville, featuring the art direction and production design creators behind The Illusionist, The Red Turtle and The Bear's Famous Invasion of Sicily. In the 1920s, when no human being had yet reached the North Pole, the famous explorer Roald Amundsen set out to do so. He called Italian aviator Umberto Nobile and asked him to design an airship for the expedition. Nobile thus joined in this conquest of the impossible, taking his dog Titina with him. An incredible journey through the eyes of the little dog, who will guide us through human exploits and the relentless struggle for glory.

Born in 1970, Kajsa Næss is film and animation director who studied at the Oslo Film and Television Academy in 1993, and animation at the Volda University College. Næss founded the production company Mikrofilm in 1996,  where she co-produced films like the Oscar-winning animated feature film The Danish Poet, animated by Torill Kove in 2006. Some of the short films in her filmography include: A Film About Me (2001) and To the House (2005), the latter being selected at the Thessaloniki International Film Festival; Deconstruction Workers (2008) was acknowledge at international festivals like Shanghai and Tribeca; the animated film It’s Up to You (2013) which won the Best Short Documentary at Bergen; the short film  It Was Mine (2015) was based on the novel by Paul Auster; and, Titina (2022) which will be presenting at the SEFF this year.