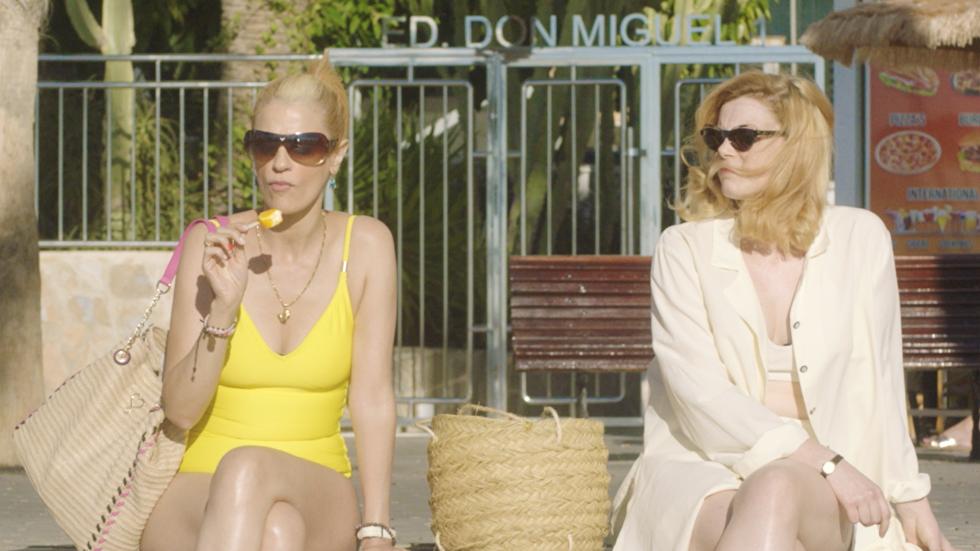 Few things seem more distant than the universes of tabloid queen, Belén, and Sylvia, American poet. However, María Antón Cabot, member of the lacasinegra collective, editor and director who premiered in Seville her film <3, an exploration of contemporary love, brings them together in a space-time vortex between Bénidorm today and in the 50's. This medium-length film explores the unusual complicity between two women who feel and suffer intensely, wide open to the world. Featuring a superb and approachable Ruth Gabriel as Belén.

María Antón Cabot was born in 1982. Alongside Gabriel Azorín, Carlos Pardo, Jorge Medal and Elena López Riera, she founded the research and audiovisual practices collective lacasinegra in 2009. The artist has worked on different projects: as editor and screenwriter on the films Pas à Genève (2014), produced by lacasinegra and premiered at the SEFF, and Una vez fuimos salvajes (2016), directed by Carmen Bellas and awarded at the Documentary Film Festival Alcances and the Novos Cinemas; as director, editor and co-screenwriter  on <3 (2018), produced by DVEIN Films, premiered at DOK Leipzig and awarded at the SEFF; as editor on H (2022), directed by Carlos Pardo Ros; and again as director, editor and screenwriter on Sóc vertical però m'agradaria ser horitzontal (2022), produced by DVEIN Films too. In addition, she is a project mentor at the ECAM (Madrid’s Film School).