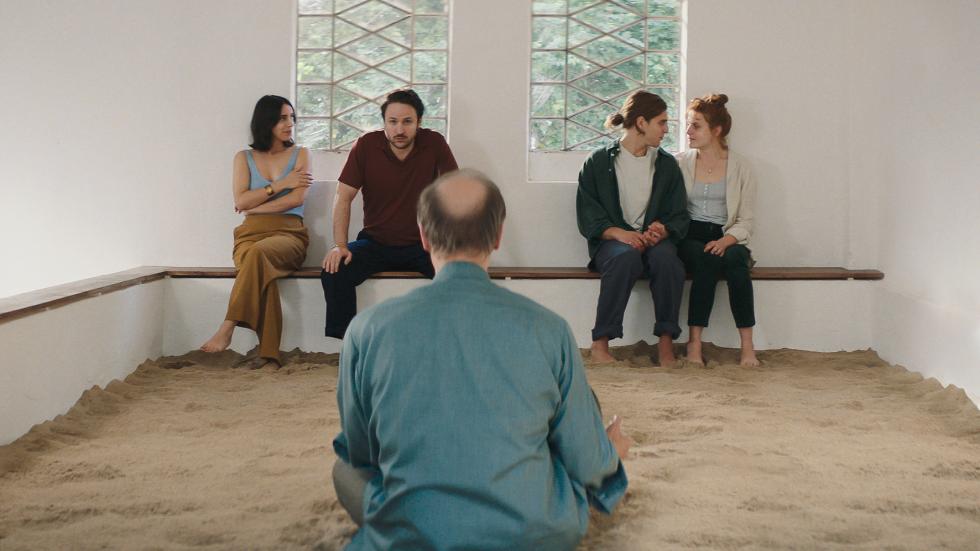 Leyla and Tristan, a young and attractive couple, travel to an island resembling Midsommar. There they carry out a body-swapping ritual with another couple, in which Leyla discovers that her emotional problems vanish under another skin. A heightened, dramatic version of youthful body-swapping comedies, Skin Deep is an unprecedented exploration of the link between the self and the body addressing contemporary questions about personality, inner well-being and the basis of desire. Queer Lion in Venice, in recognition of a cinema that goes beyond gender or sexual orientation to probe the traditional precepts of identity and sexuality.

Born in Kaskelen, Kazakhstan (1990), he then moved to Germany with his family in 1993. Schaad held different roles working in film, television and theatre companies after graduating from high school in Baden-Württemberg and doing his social service in Munich, previous to enrolling at the University of Television and Film of the said city in 2013. His second feature as an student, Invention of Trust, won the Best Medium-length Film Award at Max Ophüls and the Student Oscar in Gold at Los Angeles in 2016. His debut film, Skin Deep, premiered at the Venice International Film Festival, where it was honored with the Queer Lion Award.