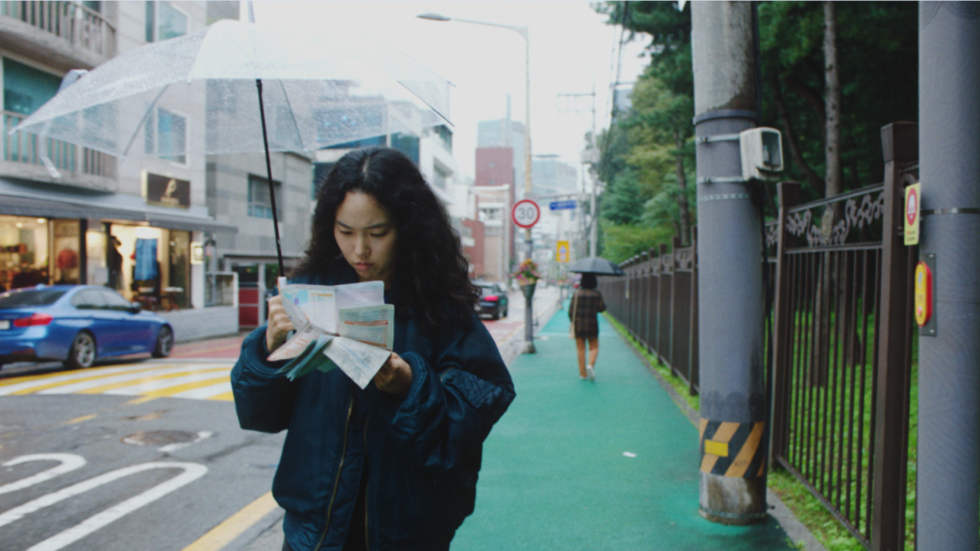 At the age of 25, Frédérique Benoît, a.k.a. Freddie, raised by adoptive parents in France, decides by the chance of a cyclone to "return" to her native Korea, of which she knows neither the language nor the culture, to look for her biological parents. Away from the linear drama of the typical root tracing, Return to Seoul reveals the exciting twists and turns of the life of this stubborn and brazen young woman on this journey, which will not be her first. Accidental and sought-after encounters will guide these returns, the surprising spins of a mutable identity in an eternal search for home.

Born in 1983, Chou currently lives between Paris and Phnom Penh, Cambodia. Chou founded the French production company Aurora Films and the Cambodian production company Anti-Archive. In 2011, he directed the feature-length documentary Golden Slumbers, which premiered at the Forum section of the Berlinale and addressed the issue of the birth of Cambodian cinema in the 60s and its abrupt shredding by the Khmer Rouge in 1975. In addition, he has also directed several short films, including  Cambodia 2099, selected at the Cannes Directors’ Fortnight in 2014. His first fiction film, Diamond Island, premiered at La Semaine de la Critique of Cannes in 2016, winning the SACD Award. Return to Seoul premiered there as well in the Un Certain Regard section.