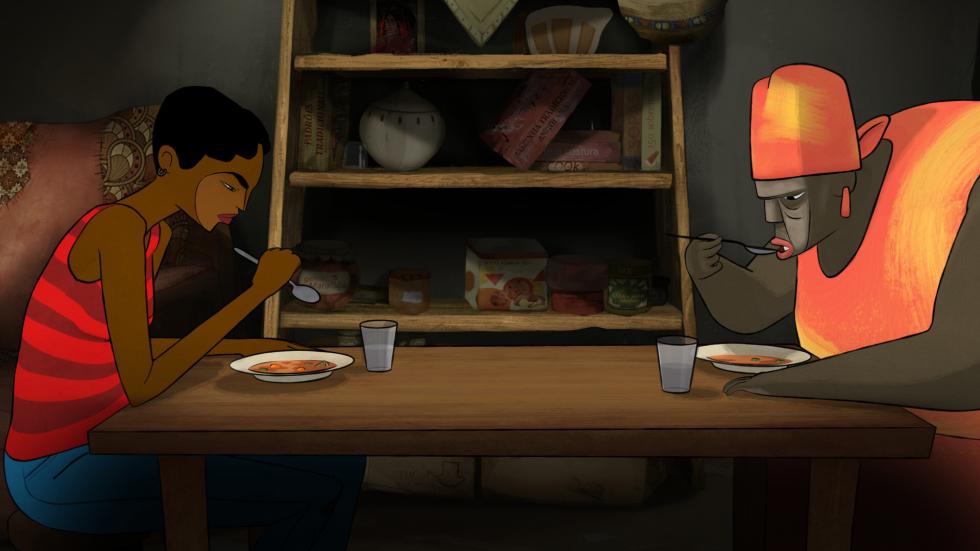 After gaining independence from Portugal in 1975, Angola fell into a long civil war. Amidst the chaos and the hangover of colonialism, three generations of women struggle: Lelena, a grandmother who patiently waits. Nayola, who disappears in search of her husband among military camps, phantom villages and prodigious animals. She leaves behind her daughter Yara, who, once the war is over and as a teenager, becomes a combative rapper. Yara neither forgets nor forgives this abandonment, a story in which time and reality merge thanks to the portentous imagery of one of the most outstanding animated films of the year.

Portugal, 1966. He studied painting at the Faculty of Fine Arts of the University of Lisbon and began working as an illustrator in 1990. He then additionally studied animation at Lazennec-Bretagne, Rennes, and at Filmografo, Porto, directing multiple short films, such as The Suspect (1999), winner of the Cartoon d’Or (2000), Sunday Drive (2009), A Journey to Cape Verde (2010) and Fragments (2016), all of them awarded at several international festivals.  In 2012, he founded the production company Praca Filmes, which premiered his short film A Energia da Terra Chega para Todos, selected at Annecy. He also directed animated child series and TV specials. His feature film Nayola premiered at the Official Section of the Annecy International Animation Film Festival and was awarded with the Best Animated Film in Guadalajara.