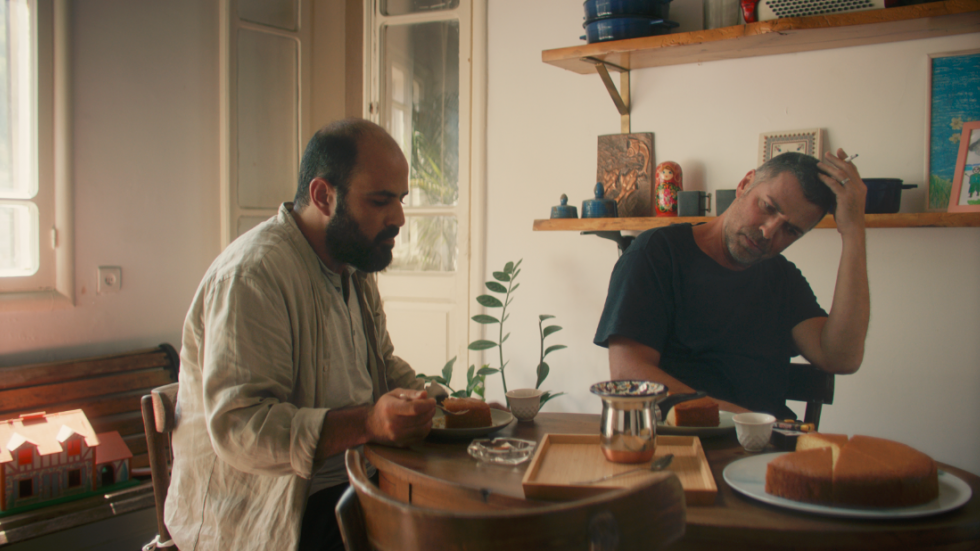 Mediterranean Fever's special charm earned it the Best Screenplay Award at Un Certain Regard in Cannes, and the Palestinian nomination for the Oscars. Mediterranean Fever observes with dark humor the life of Waleed, a married writer, with two children and no material hardship, living quietly submerged in the warm waters of depression. In front of his apartment in Haifa (the most Palestinian Israeli city) moves Jalal, a petty hustler whose attitude is much more vital, and with whom he forms an unlikely friendship. Wanting to leave this cruel world, Waleed begins to glimpse a possible way out in Jalal.

Maha Haj was born in Nazareth, Israel, in 1970, where she studied English and Arabic literature at the Hebrew University of Jerusalem. Haj worked as an art director in films such as The Time That Remains by Elia Suleiman, The Attack by Ziad Douairi, and On the Hill by Rafael Natjari. She wrote and directed the short film Oranges (2009) and the documentary Behind These Walls (2010). Making her fiction debut with Personal Affairs which premiered in the Un Certain Regard section of Cannes in 2016, and was internationally celebrated in various festivals. Mediterranean Fever premiered in this same section of Cannes this year, where it won the Best Screenplay Award.