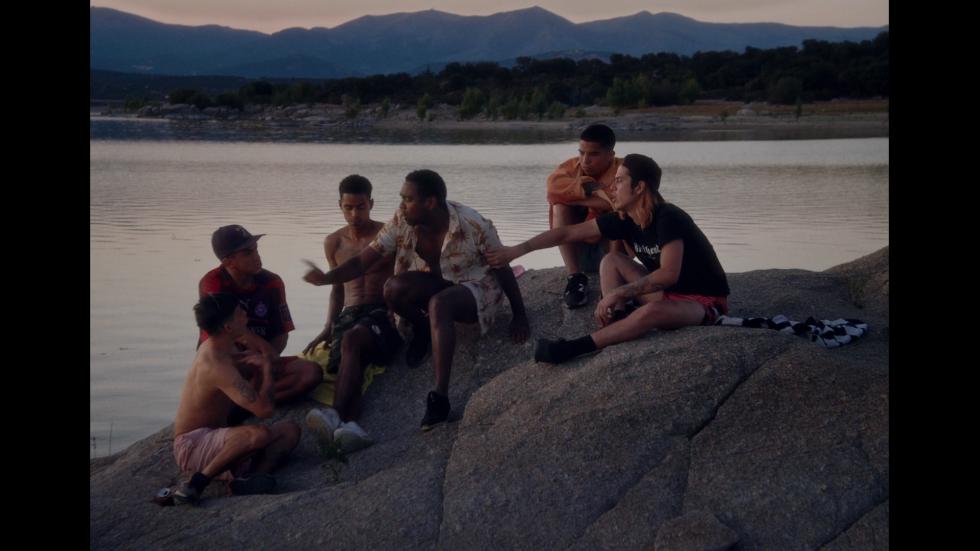 This is a "bad family" that carries its stigma by flag: a group of kids from the outskirts of Madrid whose lives will undergo a breakdown when they are involved in a mess with justice taking some of them out of circulation. A year later, the reunion is epic: behind the whirlwind of testosterone and "lolololos", affection and brotherhood shine through, their euphoria, their wounds and their constant movement take us on a ride into lives that seem to burn faster than the rest of us mortals. A long awaited film born from the honesty with which Villar and Rojo portray this group of boys from their own environment.

Nacho A. Villar and Luis Rojo are two audiovisual creators who are part of the BRBR collective (2014) based in Madrid and London. Graduates in Audiovisual Communication and Fine Arts, they work together as creators and directors of music videos (C. Tangana, Territoire), advertising and short films such as 2/05 (2014), Niña (2015) and the in TV series Heroes of Today (2019-2020). Nacho A. Villar presented his first feature-length documentary, La maleta de Helios, alongside Javier Angulo in 2019 (at the BAFICI or Havana). The creators’ filmography has been honored with the Berlinale Talents awards, the Best Directors Award by El Ojo Iberoamérica, the Saatchi & Saatchi New Creators Showcase and the Entertainment Lions for Sport of Cannes in 2019. La mala familia (2022) is their new documentary film.