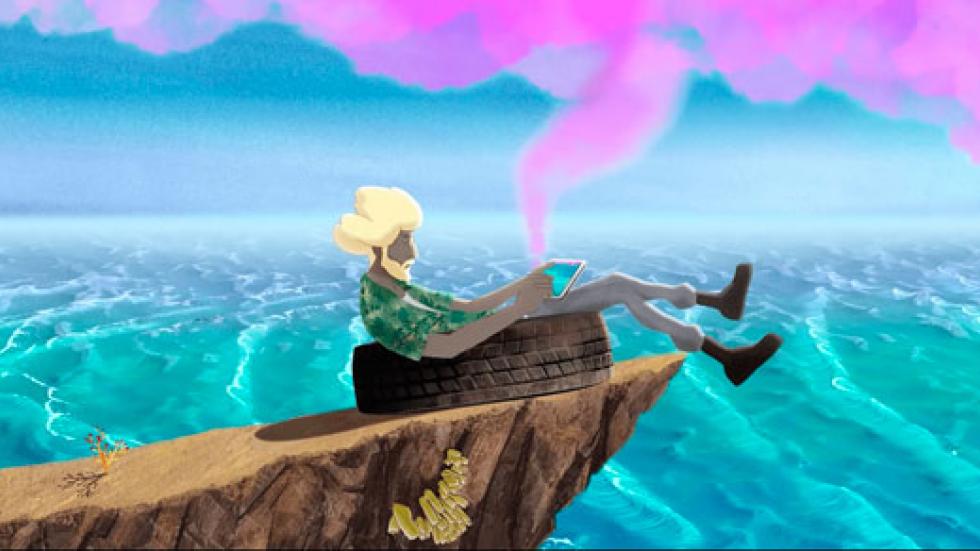 Every film by the multi-award winning Anca Damian (Crulic - The Path to Beyond, Marona's Fantastic Tale) reveals her endless imagination as an animator and her intelligence as a storyteller. She describes this film as "a cross between The Little Prince, Robinson Crusoe and Monty Python", and indeed this psychedelic, eco-friendly musical tells Defoe's tale in reverse: this Robinson lives deliberately far from the world, until the survivor of a boat on its way to Italy lands on his island. From here, he sets off in search of paradise in the company of a mermaid and a two-legged pirate. Criminals, border policemen and raves in the desert follow, in a rollercoaster ride that you never want to get off. With music by violin pope Alexander Bălănescu.

Anca Damian (Romania, 1962) studied at the National University of Theatre and Film in Bucharest and holds a PhD in Arts, Film and Media. She has worked as a director, scriptwriter and producer of numerous documentaries, short and feature films. With the animated documentary Crulic: The Path to Beyond, she was acknowledged by international festivals such as Locarno and Annecy, where she won the Crystal Award in 2011. After that, more titles were added to her filmography, such as The Magic Mountain (2015), Moon Hotel Kabul (2018), which won the Best Director Award in Warsaw and the International Miranda Award in Madrid, and Marona’s Fantastic Tale (2019), nominated for the EFA. The Island (2022), her latest feature film, arrives at the SEFF after its screenings in Anima, Annecy, Ottawa, Rotterdam and Transylvania.