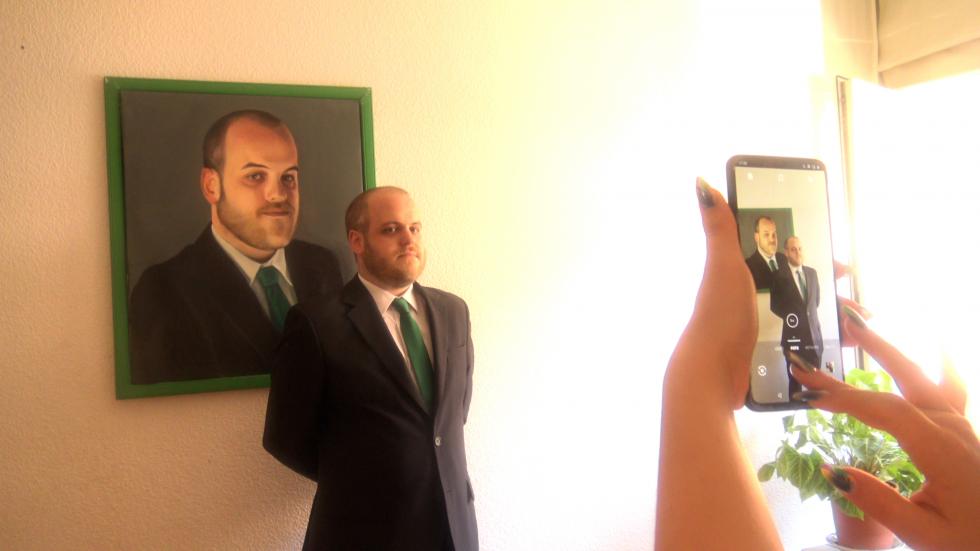 Julián Génisson (half of Canódromo Abandonado with Lorena Iglesias, and with accomplices such as Juan Cavestany, Pablo Hernando and Ion de Sosa) brings us a "thriller about real estate, hypnosis and stock image banks". The people who shake hands and high-five each other in the corporate photos seem to come from a parallel dimension, accessed through a built-in wardrobe in an interior flat with stippled paint and fluff. Marc Llansó, one of those drivers who meet people at the airport holding a little sign, finds one day a distress message written on a business card from a real estate agency. A man has disappeared, and his only trace is an eyeless portrait commissioned to an extravagant painter.

Julián Génisson (Madrid, 1982) is an actor, director and one of the three creators of the Canódromo Abandonado collective (alongside Lorena Iglesias and Aaron Rux), where he developed most of his filmography. Back in 2010, they started making videos and short films. After these initial steps, they transferred their obsessive and cyberphilic humour to their first feature film La tumba de Bruce Lee (2013). The esoteric comedy Ayudar al ojo humano came in 2017, under the joint direction of Velasco Broca, and premiered at the SEFF, where this year Génisson presents Inmotep, his first solo film.