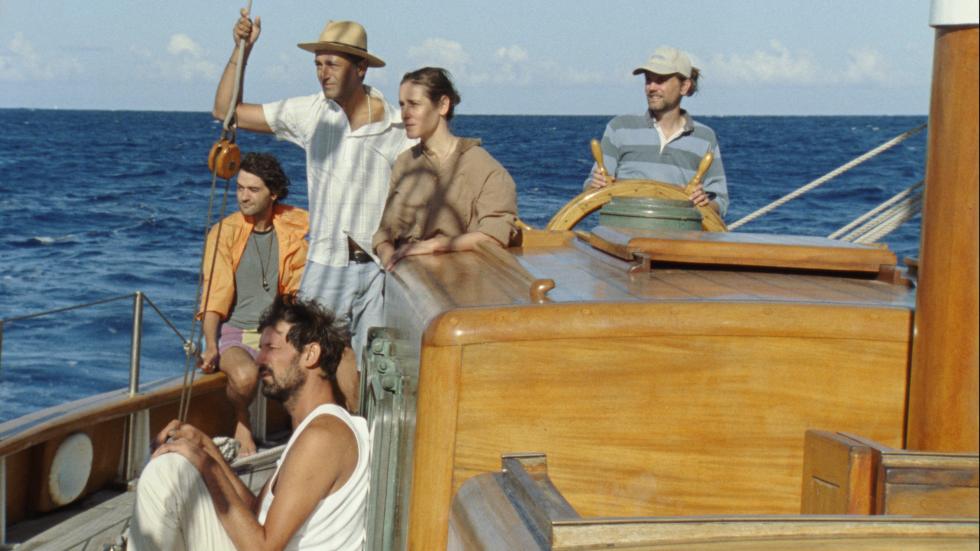 On the crystal-clear waters of the coast of Marseille, surrounded by rocks and sunshine, there is an anchored boat. On board, a crew of men commanded by a woman, Ida (Angeliki Papoulia, a Lanthimos regular). In that serene summer coexistence, Ida becomes obsessed with the closed, masculine world of the Foreign Legion to the point of leaving for its original barracks in Algeria. And if you are thinking at this point about Claire Denis's Beau Travail, you should know that Denis Lavant himself will come to take over this echo, in a hypnotic film that confirms the talent of Helena Wittman (Drift), and which, after its screening at Locarno, has become one of the films of the year for cinephilia.

Born in Neuss in 1982, Helena Wittmann is a director and visual artist based in Hamburg. Recognised by her debut film Drift (2017), which screened at the Toronto, Venice and New York festivals among others, her filmography includes several short films such as Wildnis, 2,3ºC and Ada Kaleh. Since 2015, Wittmann has worked as a mentor at the Academy of Fine Arts in Hamburg and at the Elias Querejeta Zine Eskola in San Sebastian. She presents this year her second film, Human Flowers of Flesh, released and nominated for the Golden Leopard at the Locarno Film Festival.