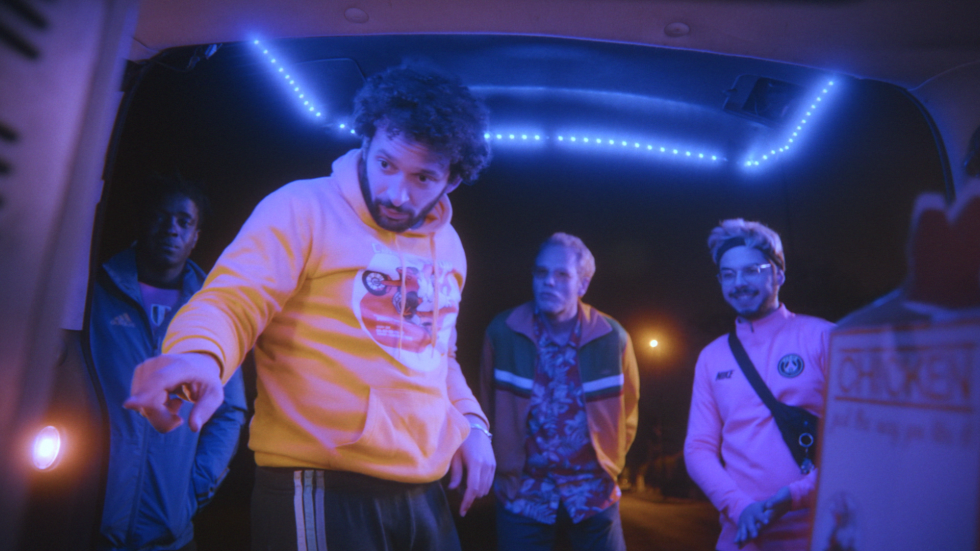 Along the lines of films in which everything happens in 24 hours (the allusion to Ferris Bueller's Day Off fits in well here), mixed with a touch of nineties like Clerks and a hint of Pineapple Express, Grand Paris leads us into the lives of two kids from the suburbs who leave their neighbourhood one morning to do a little job for a mobster and end up following the trail of a mysterious archaeological relic they come across on the construction site of the future Grand Paris metro line. An evening of colourful human fauna and adventures, each more bizarre than the next, unfolds at the hands of two charming specimens.

Martin Jauvat (26) has spent all his life in Chelles, France, where he currently lives. After starting a ping-pong career bold by his disappointment at AS Chelles, he studied literature in Paris and started a partnership with the production company Ecce Films. Right at his birthplace, he has made three short films: Les Vacances à Chelles (2019), Mozeb (2020) and Le Sang de la Veine (2021), the latter was nominated for a César. Now he transitions to a longer format with his debut feature Grand Paris, screened at the ACID section in Cannes 2022.