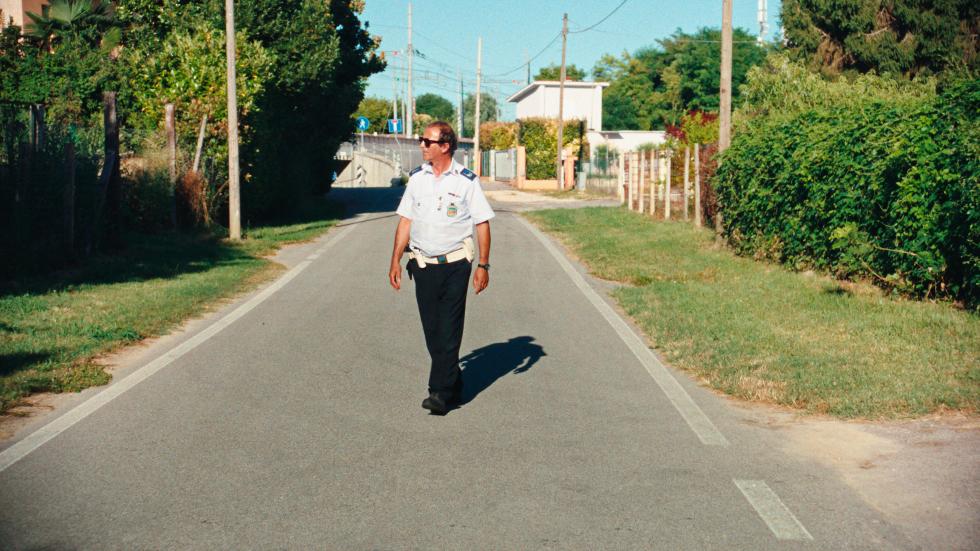 Gigi is the law. Or at least he is in the three rural villages where he patrols every day, waiting for non-existent crimes. A schemer, a gentleman, who wins people's hearts despite his obstinacy and opinionated attitude. When a young woman throws herself onto the train tracks (she is not the first to do so), he decides to follow the case. As Comodin has done with titles such as I tempi felici verranno presto (2016), a crack opens up in the reality of this rural policeman, in an exceptional blend of humour, lightness and oddness that has earned the film a Special Jury Prize at Locarno.

Comodin was born in 1982 in San Vito al Tagliamento in the region of Friuli-Venezia Giulia in Italy, where he has also filmed all of his work. He studied Film in Brussels, and is currently living in Paris. He is an editor and director, and has so far made the films Summer of Giacomo (2011) and Happy Times Will Come Soon (2016, in Seville in 2017), which, in addition to having a great international festivals tour, have been awarded at events such as FICUNAM, IndieLisboa, Jeonju, Rotterdam and Locarno, where he premiered his latest film The Adventures of Gigi the Law, winner of the Special Jury Prize.