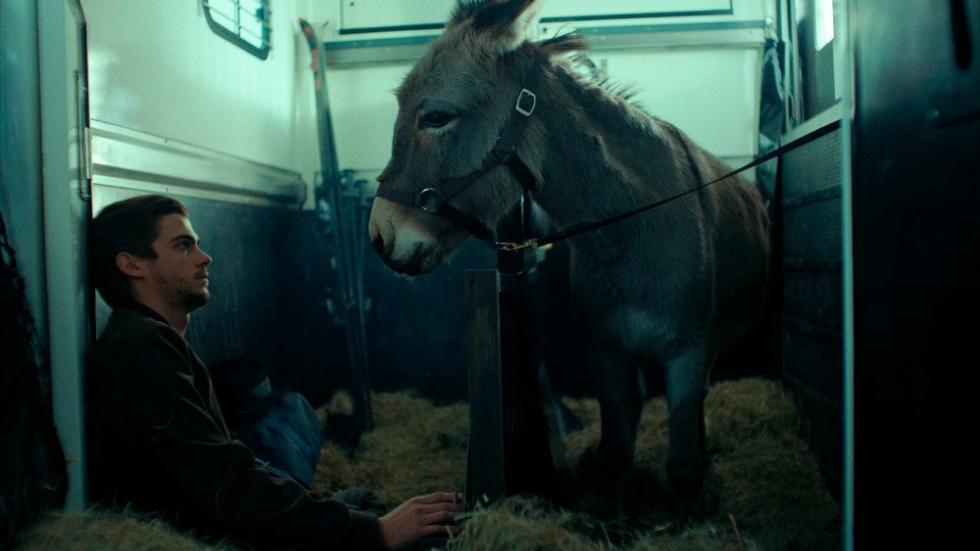 The incombustible legend of the new Eastern cinema (One Man Against All, Essential Killing), Jerzy Skolimowski won the Jury Prize at Cannes for Eo, a homage to Robert Bresson's Au hasard Balthazar (1966), which shows the world through the eyes of a donkey. On his way from a circus to the residence of an exotic countess, he crosses a Europe marked by extreme right-wing violence, animal abuse, illegal migration and class differences, as well as the problematic relationship between humans and the rest of the species. A film where lucidity and modernity open the door to the purest emotion in the eyes of an animal.

Jerzy Skolimowski is a film director, screenwriter, playwright and actor born in Łódź, Poland, in 1938. Skolimowski graduated in Ethnology, Literature and History from the University of Warsaw in 1959 and also from the prestigious Łódź National Film School (1962), having directed more than twenty films since his 1960 debut with El ojo torvo. The film La partida won the Golden Bear, followed by Barrier a year later. The director participated in Cannes’ competition on numerous occasions with films such as King, Queen, Knave (1972), The Shout (1978, winner of the Grand Jury Prize), Moonlighting (1982, Best Screenplay Award), Success Is the Best Revenge (1984), Torrents of Spring (1989) and Four Nights with Anna (2008), the latter marking his return to Poland after 17 years living in Los Angeles, where he dedicated himself to figurative and expressionist painting and sporadically acted in films. Essential Killing, from 2010, won three awards at the Viennale. Moreover, Skolimowski was honoured with the Golden Lion for Career Achievement at the Viennale in 2016 and EO earned him the Jury Prize of Cannes.