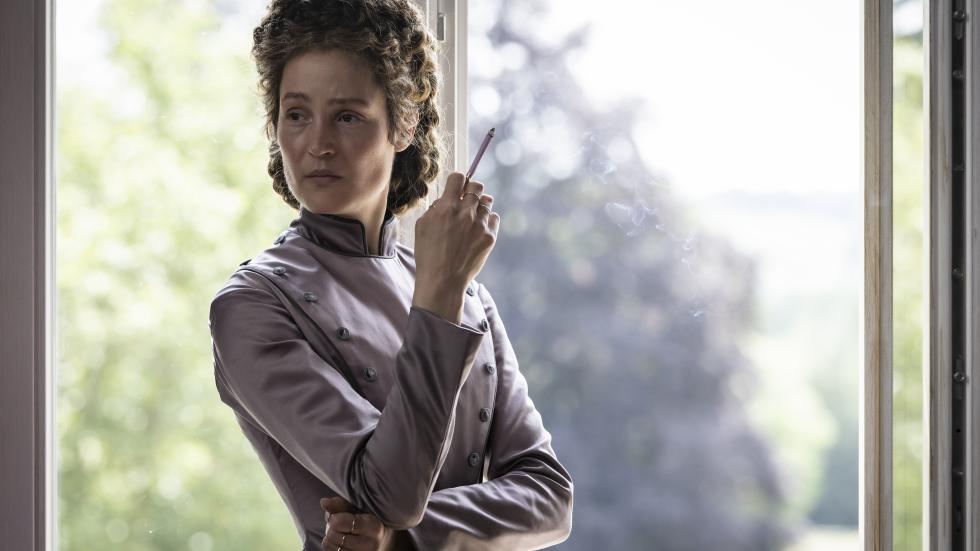 Vicky Krieps (The Invisible Thread) has won two Best Actor awards (at Cannes and Sarajevo) for her portrayal of the Empress Elisabeth of Austria, Sissi. A beauty and fashion icon devoured by her own image, here we learn about an unusual side of her. Sissi is 40 years old, an age when women are condemned to become invisible in a society that only wants them to be beautiful and young. Smothered by corsets, fasting, exercise, hairdressing and constant measurements to maintain her status, Elisabeth rebels and searches for herself in this unauthorised almost biopic, with a soundtrack by the French singer-songwriter Camille.

Marie Kreutzer was born in Graz, Austria, in 1977. After studying Screenwriting and Dramaturgy at the Vienna Film Academy, she worked as a script supervisor in film and television productions and made several short films that were awarded at international festivals. The Fatherless (2011), her first feature film, was presented at the Berlinale and nominated for the Thomas Plunch Screenplay Award and the Austrian Film Awards. After those projects, she made the features Gruber is Leaving (2015), We Used To Be Cool (2016), Die Notlüge (2017) and The Ground Beneath My Feet (2019), the latter being presented in the Official Section of the Berlinale, then having a successful tour. Kreutzer also taught at the Vienna Film Academy and as a screenwriter and playwright. Corsage, her latest project, made Vicky Krieps win the Best Actress Award at Cannes’ Un Certain Regard section.