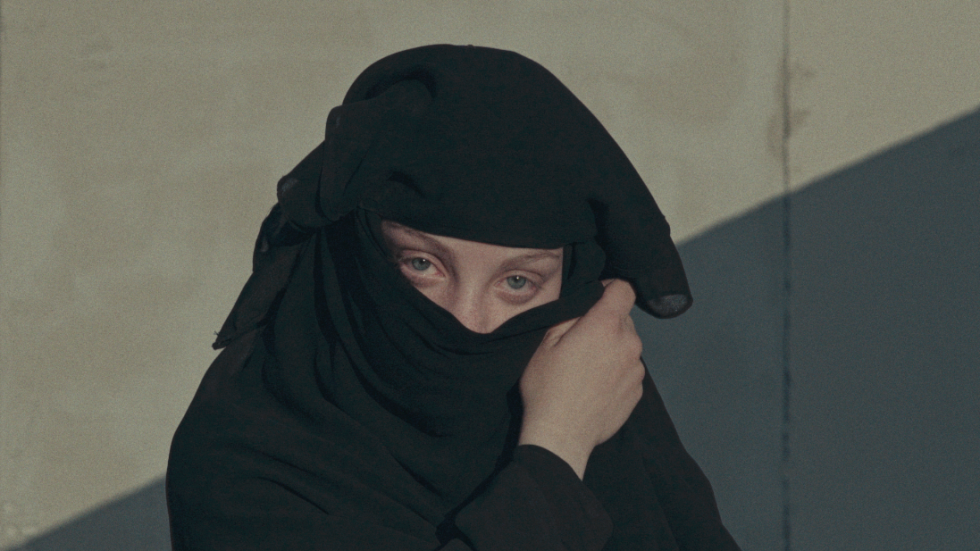 What drives a European teenager to flee to Iraq to marry a member of ISIS? What consequences does this leave on her? Three years later, Barbara's impenetrable face, behind a black veil, barely gives a glimpse. Left a widow in her twenties with two children (and expecting a third) after her husband's execution, and awaiting trial. An eloquent character study, inspired by real cases, created by Sérgio Tréfaut (A Raiva, SEFF 2018), featuring Lola Dueñas and premiering in Venice. A co-production forged in the framework of the Industry days of the Seville Festival.

Sérgio Tréfaut was born in Brazil in 1965 to a Portuguese father and a French mother. In Paris, he studied Philosophy at Sorbonne University and began his career in the 90s as a journalist and assistant filmmaker for authors such as Teresa Villaverde and António Campos. Tréfaut has been a producer and director for more than 20 years, and between 2004 and 2010 he was in charge of the Doclisboa Film International Festival. His films have been screened in more than 40 countries and earned him several international awards, some of the recent ones being Alentejo, Alentejo (2014), and Treblinka (2016), both winners of the Best Portuguese Feature Film Award at IndieLisboa, Rage (2018), which won the Artistic Contribution to the Cinematographic Language Award at Seville, and the documentary Paraíso (2021). The Bride, a co-production that was developed in the SEFF Industry program, premiered in Venice.