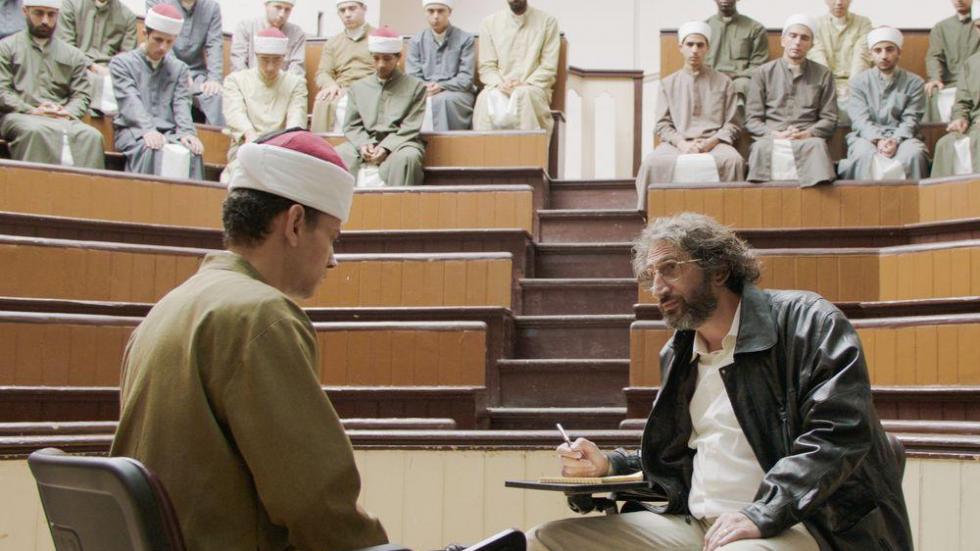 Egyptian-born Swedish filmmaker Tarik Saleh (Cairo Confidential) won the Best Screenplay Award in the Official Selection at Cannes with Boy From Heaven. Its starting point is blunt: on the first day of classes after a break, the Great Imam collapses and dies in front of his students at a prestigious university in Cairo. Thus begins a fierce battle to win his vacant position. Adam, the humble son of a fisherman who has entered the university, becomes embroiled in the heat of an unrelenting power struggle between the country's religious and political elites, in a film partially inspired by Umberto Eco's The Name of the Rose.

Tarik Saleh, of Egyptian origin, was born in Stockholm in 1972. With a start as a graffiti artist, he earned a considerable reputation under the pseudonym Circle and Tarik. The fresco Fascinate, made in 1989, is one of the oldest graffiti in the world and was the first to be protected by the State of Sweden and recognised as cultural heritage. Saleh’s work as artistic director led him to launch the documentary magazine Alive in Cairo, Egypt 1995, and a few years later the magazine Atlas. The documentary Sacrificio: Who betrayed Che Guevara? (2001) was co-directed by him and Erik Gandini, and in 2005 he presented the acclaimed Gitmo: The New Rules of War. Metropia (2019) was Saleh’s animated and first feature film, which opened Venice’s Critics’ Week, where it was also awarded. The Nile Hilton Incident won the World Cinema Grand Jury Prize at Sundance in 2017. Boy From Heaven was presented at Cannes’ Official Section, where it received the Best Screenplay Award.