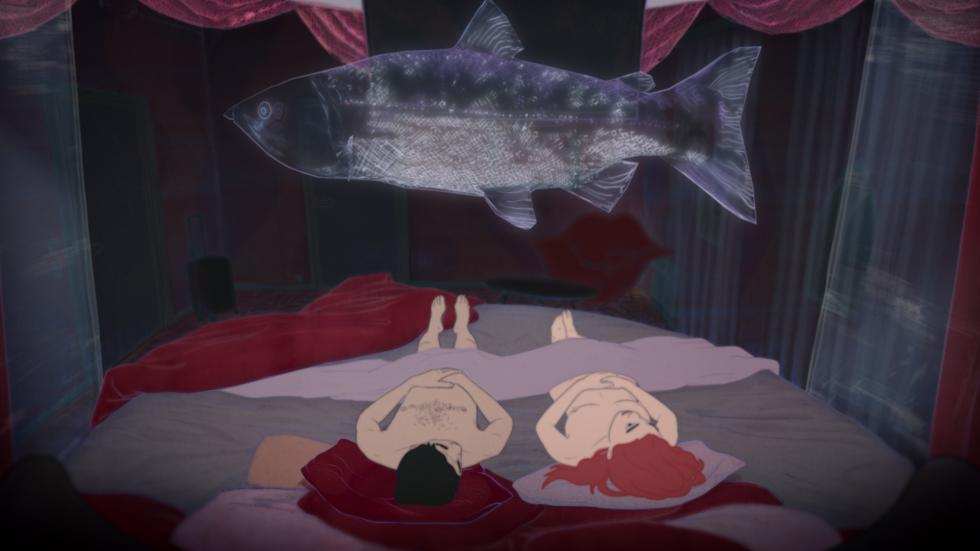 The cinematic match of the renowned writer Haruki Murakami and his absorbing universe is Pierre Földes': his sober and inventive animation is the perfect way to transport us to the parallel reality found in the book of short stories Blind Willow, Sleeping Woman. After the tsunami that hit Japan in 2011, Komura, a bank clerk, witnesses in astonishment how his wife abandons him. At the same time, his colleague Katagiri, 44 years old and without a friend in the world, finds himself in a job predicament. The two of them will then open a portal to another dimension. Special mention at Annecy.

Pierre Földes was born in the United States to a Hungarian father (computer animation pioneer Peter Földes) and a British mother, and grew up in Paris, where he studied piano and composition. In New York, the artist began his career as a music composer for advertising, series, video games and films before moving to Europe. Földes wrote and directed several short films such as Les Allemands du Pont-Neuf, Mikrodramas, Coffee and Bananas, and Petites scènes d’été. Blind Willow, Sleeping Woman is his latest animated feature film, which is based on short stories by Haruki Murakami and premiered at Annecy, where it obtained a Jury Mention.