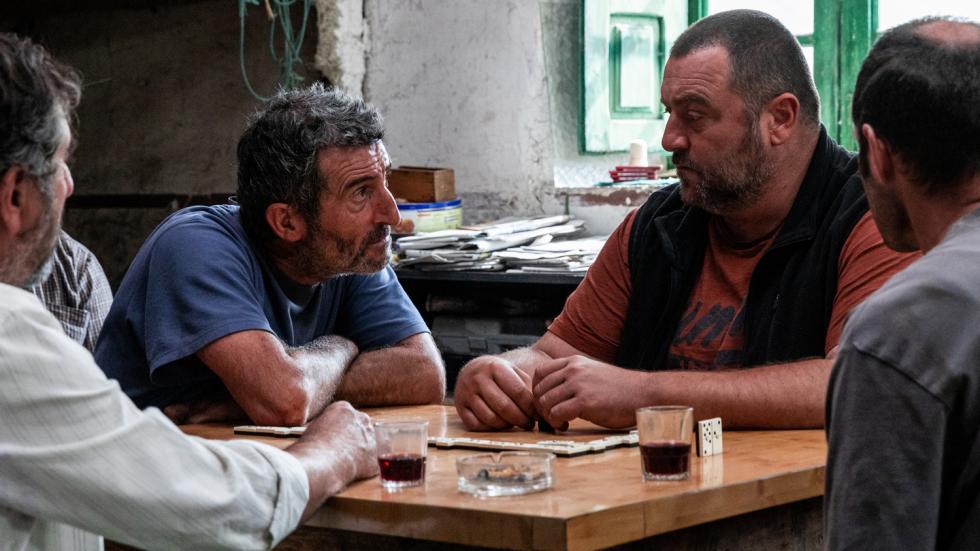 Halfway between western and rural thriller, The Beasts has already been recognised by critics as the best film by Rodrigo Sorogoyen (Madre, El reino), co-written by Isabel Peña (with whom he co-wrote Antidisturbios). The film delves into the depths of Galicia through the atavistic festival of the Rapa das Bestas. Antoine and Olga are a French couple who arrive in a Galician village to make a living out of organic farming. An idea that clashes with the locals' vision of prosperity ( selling land to build a wind farm) leading them to face a campaign of harassment and demolition. Tension rises to unbearable levels when a conflict breaks out with their neighbours, the Anta brothers, in a solid, thorny and imposing film, which after its screening at Cannes has been a big hit at the French box office.

Madrid, 1981. Sorogoyen began his career in television as a screenwriter and director of series such as Impares, La pecera de Eva, Frágiles and Rabia. In 2011, he created the production company Caballo Films, with which he directed Stockholm, recipient of three Biznaga Awards in Malaga, three medals from the Cinema Writers Circle Awards, a Feroz Award, the Goya Award for Best New Actor and a nomination for Best New Director. May God Save Us (2016) won the Jury Prize for Best Screenplay at the SSIFF and the Goya Award for Best Leading Actor for Roberto Álamo. The short film Mother (2017) was nominated for an Oscar after being honoured with more than 100 awards at national and international festivals, which led Sorogoyen to make it a feature film in 2019, for which Marta Nieto received the Best Actress Award at the SEFF and the Viennale. The Realm premiered at the SSIFF and won 7 Goya Awards, including Best Director and Best Screenplay. Sorogoyen’s latest projects are the series Riot Police and Historias para no dormir, and the film The Beasts, which had its premiere at Cannes.