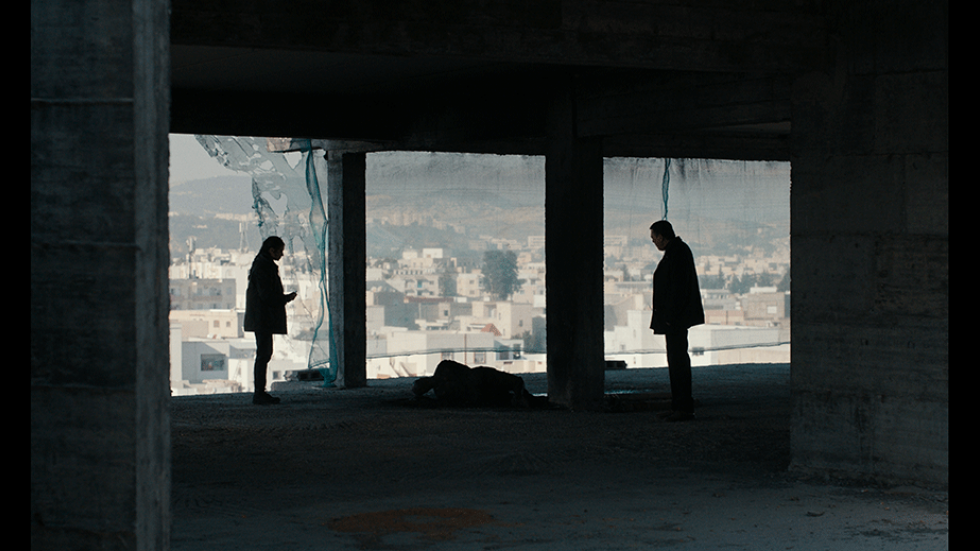 Youssef Chebbi (Black Medusa) returns with Ashkal, a hypnotic hybrid of police thriller, political film, and mystery film bordering on the supernatural. The story follows a man who has set himself on fire in the Tunisian neighborhood of Carthage Gardens. The same neighborhood where Mohamed Bouazizi immolated himself in 2010, triggering the jasmine revolution. Except that this new suicide bomber is a construction worker with no political connections. On the trail of the event, the young policewoman Fatma, who struggles to be seen and heard in a male context, and who together with the veteran Batal will witness the beginning of a bewildering chain of bonzes throughout the city, linked only by an intriguing, hooded and faceless figure.

Chebbi is a musician, actor and filmmaker born in Tunisia (1984). In 2010, he directed the short film Vers le nord. Mohamed Ismail Louati, Ala Eddine Slim and Chebbi himself worked together on the documentary Babylon (2012), which won the Grand Prix of the FIDMarseille  International Competition. That very year, he released the short film The Depths. Black Medusa (2021), his fiction debut co-directed with his brother Ismaël, premiered at Rotterdam’s Tiger Competition and was part of The New Waves section of the SEFF. His latest film Ashkal premiered in the Directors’ Fortnight at Cannes and had screenings at several international festivals, such as London, Tokyo and Toronto. Moreover, Chebbi is the founder and director of Bookmaker Records.