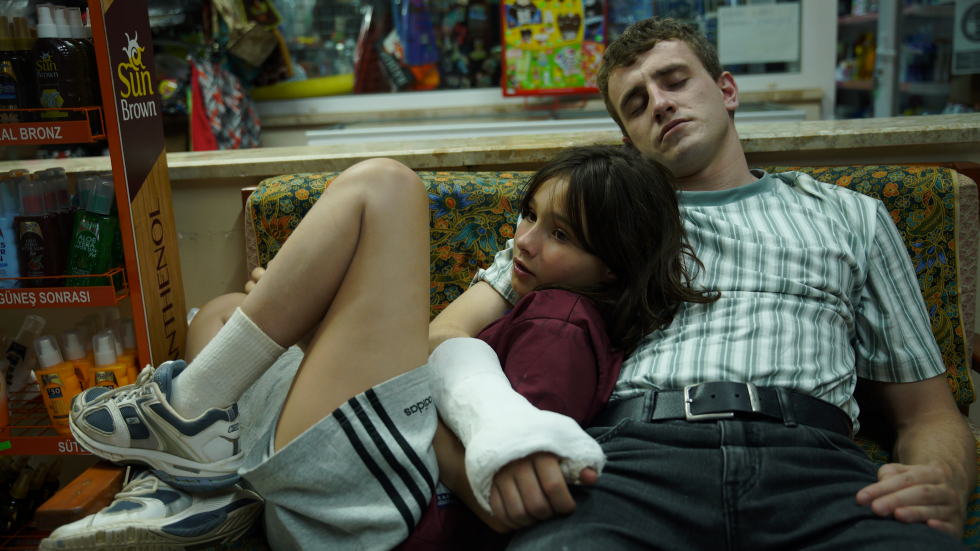 A debut that has taken home awards at Cannes (Critics' Week French Touch Jury Prize), Sarajevo, Deauville and Munich, and is already nominated for European Film Academy Awards. Using Mini DV tapes from a resort vacation in Turkey in the 1990s, Wells transports us to an experience familiar to many sons or daughters of separated parents. Calum (Paul Mescal, Normal People) and Sophie, though they look like siblings, are father and daughter. Knowing little about each other, and amidst the sun, water, summer fun, walks and the Macarena, we enter into the eloquence of the things that cannot be said in an elusive paternal-filial relationship.

Charlotte Wells is a Scottish debuting director and producer who is currently based in New York City. During her time as a student in the MBA/MFA dual-degree program at NYU, she wrote and directed her first three short films in collaboration with the BAFTA New York and Los Angeles. One of those short films, Laps, won the Short Film Special Jury Award for editing at Sundance. Aftersun (2022) is Wells’ first feature film, starring Paul Mescal (Normal People), with which she was granted the French Touch Prize of the Jury at Cannes’ La Semaine de la Critique and the Grand Prix at Deauville.