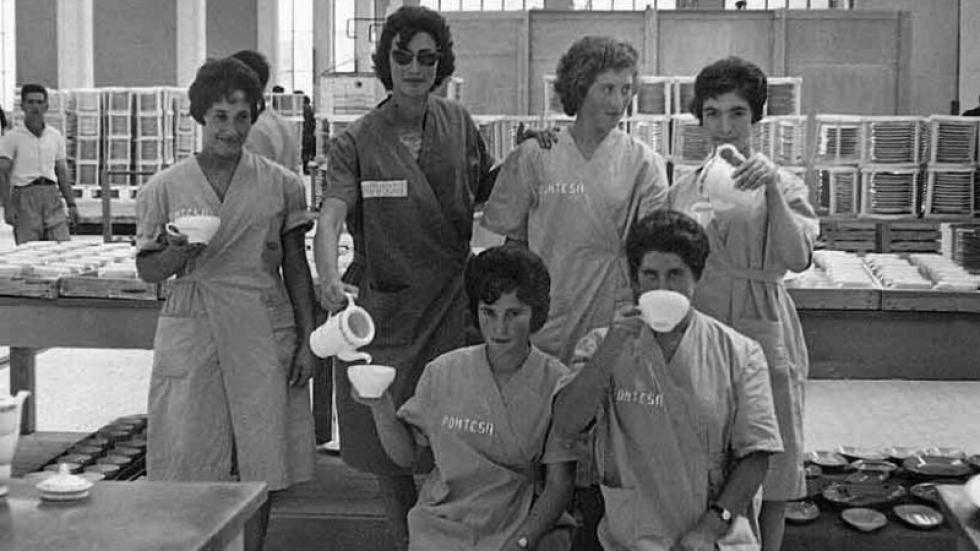 SEMINAR A blue flower among the ruins: Rewriting history in current European cinema.

More than just being a mere witness to history, cinema has stood out from its origins as a historical force and form of thought. Whether from the fictional strategies of fiction or through the modes - pure or hybrid - of documentary, films have intervened in the present, imagined possible futures and subjected the legacies of the past to revision. As Jean-Luc Godard stated in his Histoire(s) du Cinéma, cinema is not based on a historical truth, but rather on the need to make people believe, to give and think about reality through cinematographic aesthetics and storytelling.

Based on this premise, the seminar A blue flower among the ruins aims to reflect on the rewriting of history in European cinema today, through the dialogue between images of oneself and others, of present and past times. Through real action, archival material and animation, exploring in depth the textures of memory, the approach to this theme will be limited to two main axes.

On the one hand, an investigation will be made into the lasting and traumatic memory of totalitarianisms in Europe, based on the work of German filmmaker Christian Petzold (awarded in Berlin and a member of the Official Section of the festival with his latest film Ondina) and Latvian author Ilze Burkovska-Jacobsen (awarded in Annecy for the film My Favorite War, also present in this edition of the SEFF). Petzold's filmography provides many approaches to the historical wound caused by the rise of Nazism and the subsequent world war. In a complementary way, Burkovska-Jacobsen's film stages the experience of childhood and the passage to adult life in a historical scenario determined by the Soviet occupation and the political and moral climate of the Cold War.

On the other hand, rewriting history will be linked to the workers' memory of the deindustrialization in the Spanish state during the post-Franco period. To illustrate this problematic context, a historical phase in which the official history of Spanish democratic modernization collides with the memory of the working classes, we will have the participation of the researcher, writer and filmmaker Margarita Ledo Andión and the director, and member of the Los Hijos Collective, Luis López Carrasco. Ledo will present her film Nación at the festival, in which she makes evident and vindicates the memory of women's labor in her native Galicia. On the other hand, López Carrasco delves into El año del descubrimiento (awarded at Cinéma du Réel, Tesalónica and Jeonju) with the same critical look at the victorious story of the Spanish Transition (and its consequences) that already pervaded his first solo film (El futuro).

In its sixth edition, the seminar jointly organized by the Seville European Film Festival (SEFF) and the Center for Cultural Initiatives of the University of Seville (CICUS), coordinated by professors Sergio Cobo (US), Alberto Hermida (US) and Samuel Fernández Pichel (Olavide University), is adapted to the current sanitary circumstances and suggests a double modality: online and face to face.

This year, the seminar is adapted to the existing sanitary circumstances and offers two possibilities of attendance: blended course and in person.

Virtually, there will be a platform available to those registered to access the seminar materials, which will include interviews and discussions with the invited directors. Meanwhile, in person participants, will be able to attend and take part in the above mentioned Q&As, which in addition will be broadcasted in streaming for those who opt for a blended attendance modality, who will be able to enjoy the itinerary of the selected films.