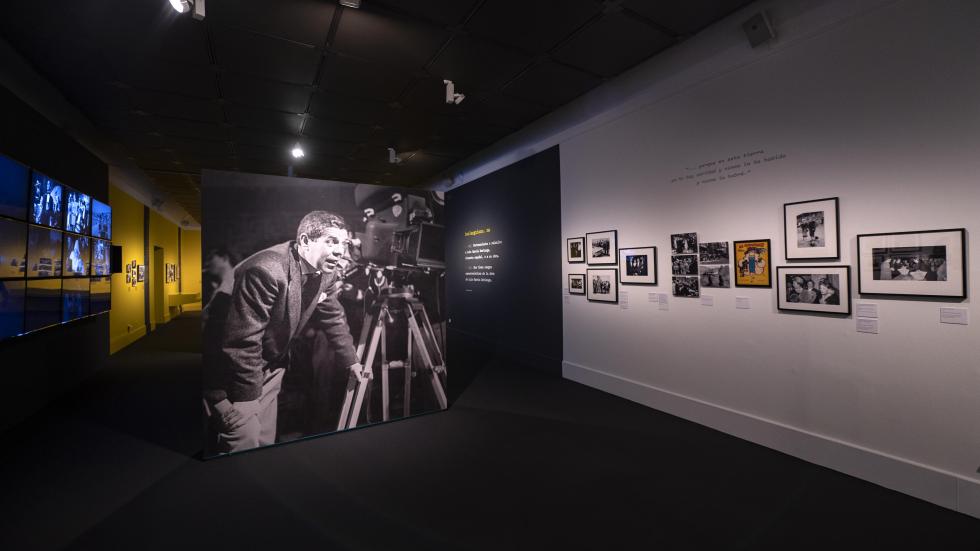 An itinerary highlighting the evolution of Luis García Berlanga's film career and, simultaneously, moments of Spanish life portrayed by legendary national and international photographers who looked at and interpreted this native reality at the same time. Promoted by the Film Academy, with the collaboration of the Cajasol Foundation in its visit to Seville, the exhibition presents the filmmaker as one of the most significant authors of 20th century Spanish culture, and shows him as a creator of unforgettable stories and characters through his films. Documents of his presence at the first film school in Spain, where he studied, photographs of his film shoots, snapshots of the author, scripts, sketches, scripts that never materialised, and audiovisual installations, among other elements, make up this exhibition.

A JOURNEY THROUGH THE HISTORY OF CINEMA

TRIGGERING FILM FROM THE MARGINS. A POSSIBLE INTRODUCTION TO EXPERIMENTAL CINEMA

ART WILL SAVE US

BETWEEN FAITH AND BONDAGE