He was born in Portugal in 1968. In 1996 he founded
the production cooperative Curtas Metragens, CRL, which is behind the CurtasVila do Conde festival,
of which he was the director, and was also in charge of
the Portuguese Short Film Agency between 2000 and
2005. In 2005 he founded, together with Sandro Aguilar,
the production company O som e a fúria, leading on
the most outstanding contemporary Portuguese cinema,
producing the films of filmmakers such as Miguel Gomes,
João Nicolau, Salomé Lamas, Manoel de Oliveira, Eugène
Green and Ivo Ferreira, among others. In addition, through
this company, Urbano has co-produced Lucrecia Martel's Zama,
9 fingers by F.J. Ossang, Ira Sachs' Frankie, and João Nicolau's
Technoboss, Giraldillo de Plata in Seville in 2019.

He studied cinema at the Cinémathèque Française,
where he attended lessons from Jean Douchet. After 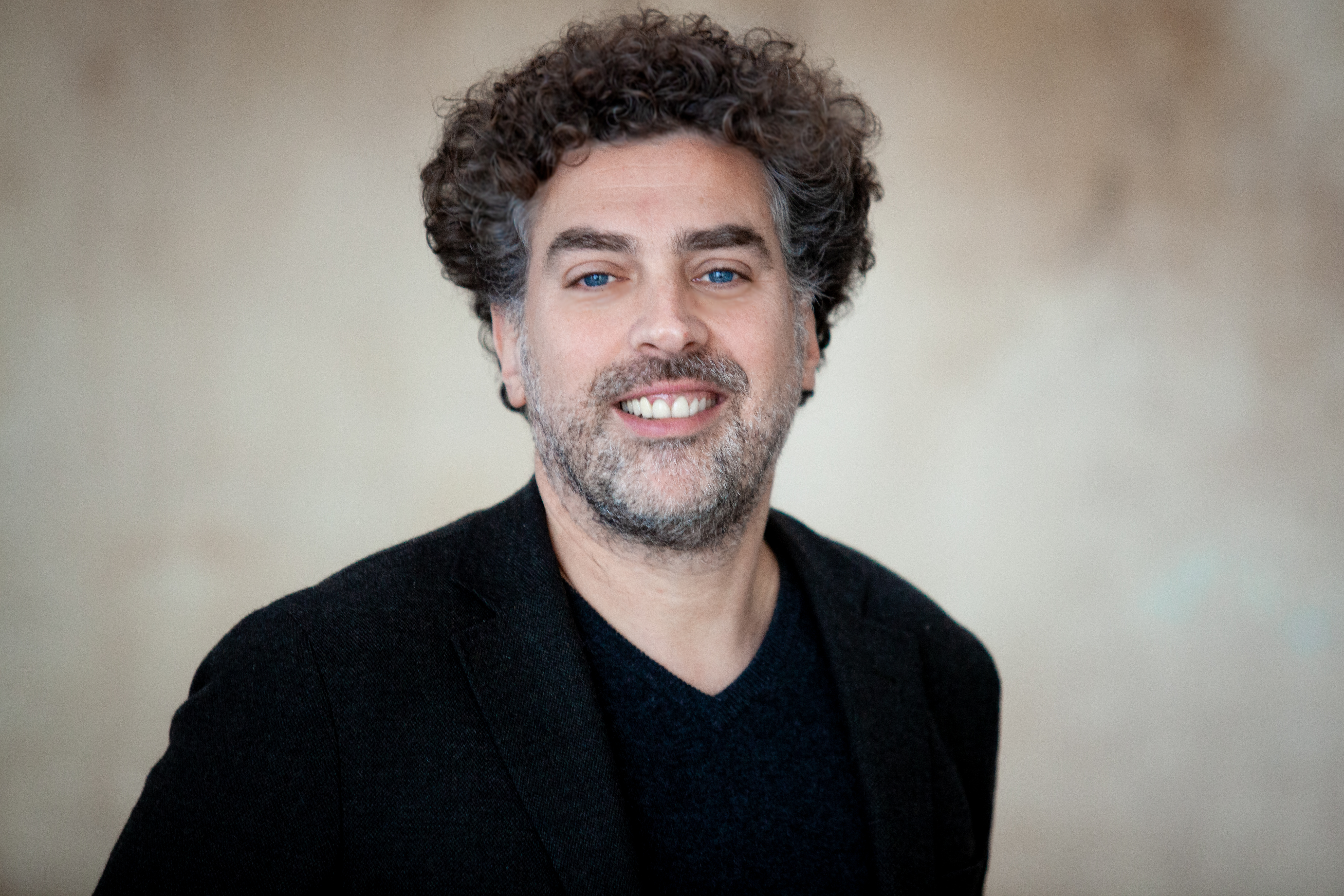 two years as assistant to Pierre Étaix, he studied at
Fémis from where he graduated in 1998 with a degree
in Production. In 1997 he founded the production
company Moby Dick Films. He began his career with
Clément, Emmanuelle Bercot's debut feature, which
was selected in the Un Certain Regard section at
Cannes in 2001, then produced Emmanuel Mouret's
second film, Vénus and Fleur, which went through the
Cannes Directors' Fortnight in 2004. Since then, he has
produced all of Mouret's films up to the most recent one,
Love affair(s), which was in the Cannes Official Selection
in 2020, as well as around twenty films by directors such
as Jean-Claude Brisseau, Jean Paul Civeyrac and Rebecca
Zlotowski, just to name a few.

Bachelor's degree in Information Science from 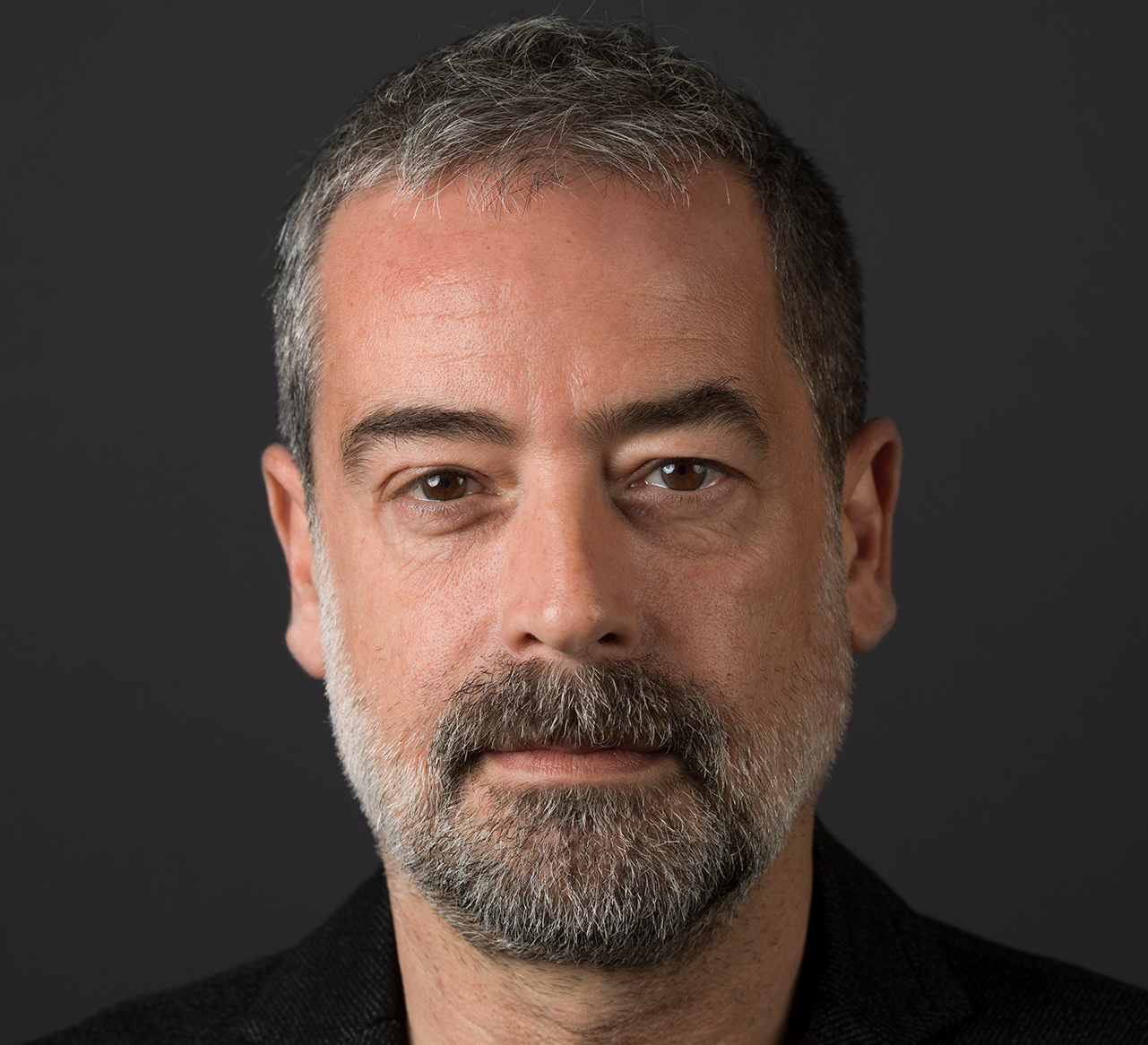 the Autonomous University of Barcelona  and a
postgraduate degree in Cultural Management
and Policies. In 1994 he co-founded 100.000
Retinas, an organization devoted to promoting
cinema as a means of culture. He has been the
promoter and coordinator of the cycle Cineambigú,
a cinematographic space that offered the best
international cinema that had no distribution in our
country. During more than 10 years he co-directed the
Barcelona Asian Film Festival - BAFF, and since 2010
he’s been the director of the film distribution company
Noucinemart as well as the D'A Film Festival in Barcelona.

Born in Barcelona, she began her career in Los Angeles,
where she set up the first Latin American Film Festival. 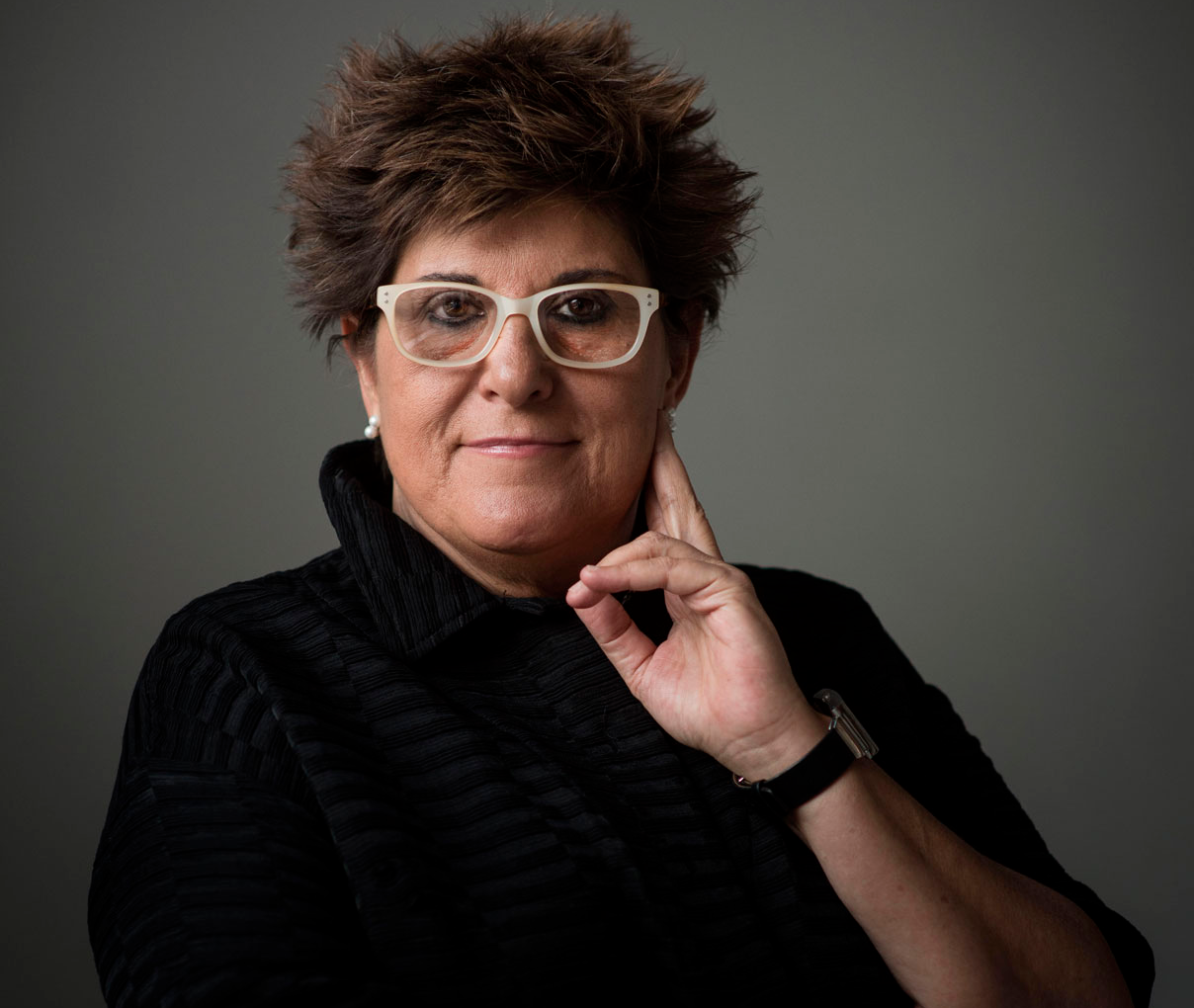 Relocating to London in 1987, Bosch was Deputy Director
of The London Film Festival. Between 1996 and 1998
she served on the San Sebastian Film Festival
Management Committee. In 1998, she co-founded the
production and international sales company Tequila Gang,
where she produced films by directors such as Wim
Wenders, Fernando Trueba, Guillermo del Toro and Montxo
Armendáriz. In 2003, she spearheaded the international
theatrical distribution of HBO films in cinemas and festivals,
including films by Gus van Sant, Shari Springer, Lucrecia
Martel, or Joshua Marston. She is a member of the Film
Committee at BAFTA, the European Film Academy, and the
American Academy of Motion Picture Arts and Sciences.

Los Palacios, Seville, 1982. In 2010 he received the
INJUVE Visual Arts Award. Since then he has 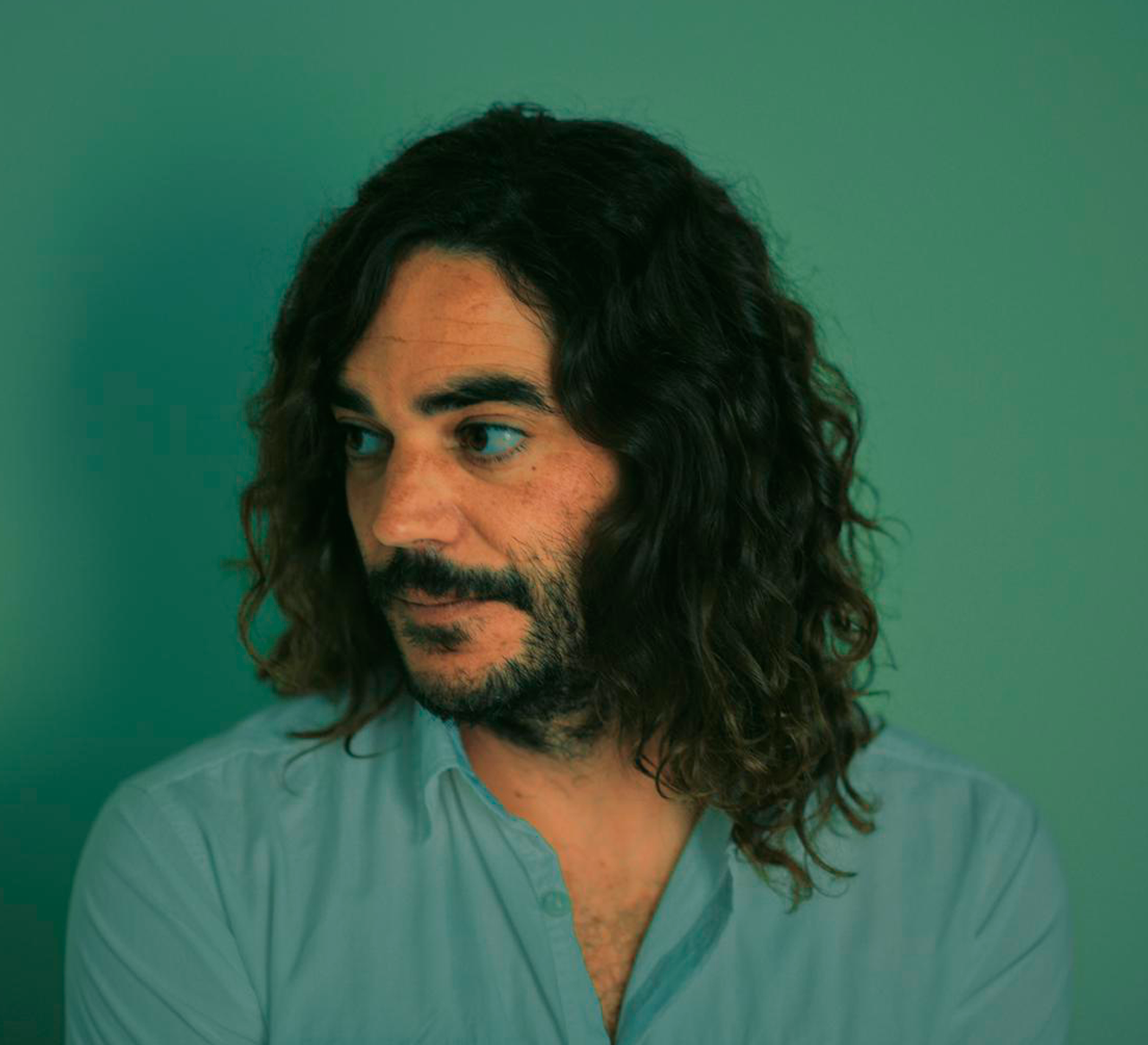 worked in the directing teams of renowned
filmmakers. He has been part of the production
company La Maleta Films since 2014. After several
short films and with an extensive career under his
belt, he directed, in 2016, the documentary Bolingo.
El bosque del amor, premiered in the Official Section
of the IDFA, awarded in several festivals, and nominated
for a Goya in 2018. In 2019 he directs his first feature film,
Barzaj, which received the DELUXE Award for Best Spanish
Director in Seville, passing through festivals such as IDFA,
IndieLisboa, Biografilm Bologna, IBAFF, VDFF Vilnius, FIDBA
Buenos Aires, there he received a special mention, and
Alcances, where he won the Caracola for Best Feature Film.
In 2020 he was awarded the III Animation Award - Plaza Río
2 for the production of the animation project Las Alturas. 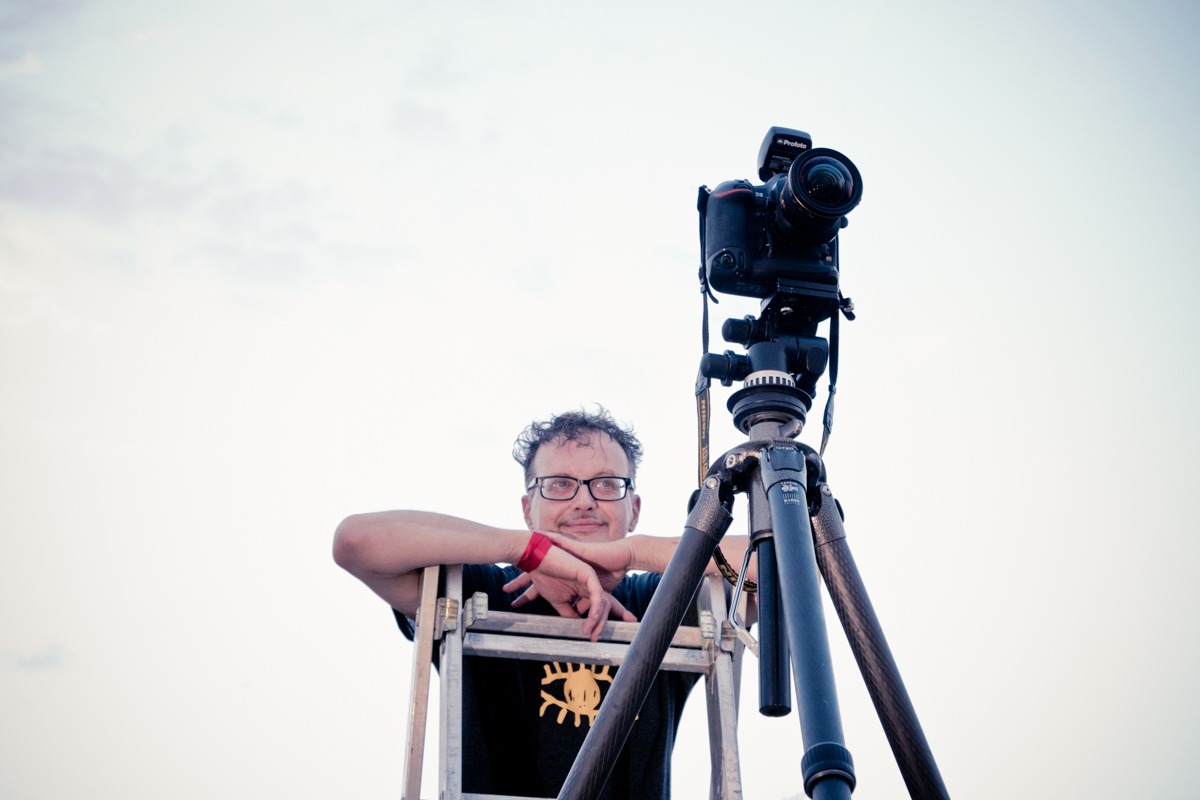 and filmmaker. He started out working as a photojournalist
and stage photographer; in 1997 he took his career in a
new direction when he became a documentary filmmaker.
He is the founder and artistic director of Cinema del Reale,
an annual audiovisual festival in Salento. He has received
prizes and awards from national and international film
festivals, for films such as Il magnifico sette (1998), Roma
A.D. 000 (2001), Ju tarramutu (2010), Buongiorno Taranto
(2014) and Due scatole dimenticate (2020), co directed with
Cecilia Mangini and premiered in Rotterdam.

Elena Subirà i Roca has a degree in Humanities
and Journalism and has been part of the
DOCSBARCELONA team for 17 years, being
currently responsible for Institutional Relations and Fundraising. She is a member of the European
Film Academy and of the documentary pre-selection
commission for the European Film Awards since
2018; a member of the Board of Directors for the
Catalunya Film Festival, as well as coordinator and
teacher of the Promotion Module of the Master's
Degree in Executive Audiovisual Production at the
Ramon Llull University - Blanquerna. She has been
a part of several committees like: Commission of
Selective Aids for Feature Films of the Ministry of
Culture, Commission of Aids for Festivals of the
Institute of Balearic Studies, Commission of Valuation
of Non-Fiction Works of the Laboral Cineteca (Asturias),
Commission of Aids for TV Projects and Development
of the ICEC, as well as been member of the Executive
Committee of the Council of Culture of Barcelona City
Council from 2012 to 2015.

Luiza Lusvarghi is a journalist, film critic and a research associate at Unicamp, Brazil as a member of GENECINE
(Audiovisual and Cinematographic Genres Study Group).
Her research interests lie in the area of Film and TV
Studies, focusing on Genre and Gender Relations. She
collaborates with several publications, writes  a blog,
and she leads private  and group classes and workshops.
She is coorganizer and coauthor of Women Behind the
Cameras (2019), a study about Brazilian women filmmakers
(2019) and also author of Crime como gênero: as ficções
audiovisuais da América Latina (2018), an essay about Latin
American audiovisual crime narratives.

Cocentaina, 1980. He has a degree in Audiovisual 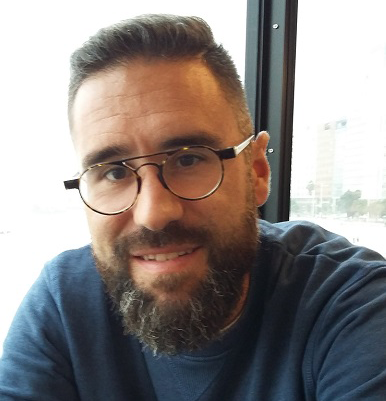 Communication from the University of Valencia, a
Master's Degree in Screenwriting from the
Universidad Internacional Menéndez Pelayo and
was part of the first class of the Master's Degree
in Film Criticism at the School of Film and
Audiovisual Studies of the Community of Madrid
(ECAM), where he now teaches. He is a member
of the Editorial Committee at Caimán Cuadernos
de Cine and writes weekly about television fiction at
El Cultural, through the blog En plan serie, as well as
collaborating with other publications. He has also
worked as the programmer of the 9th edition of the
IBAFF-Murcia International Film Festival and as
assistant programmer of the 34th Mostra de
València-Cinema del Mediterrani. 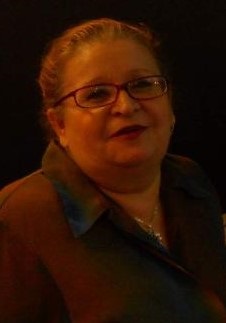 A native of Romania, Boerescu writes or has
written about film in the following publications:
Cinema, Almanahul Cinema, Noul Cinema,
Procinema, Pop Rock'n Sport Romania Literara
and Cuvantul, as well as collaborating in radio
and television programs such as 7 Day 7 Arts
and Stii si castigi. She has also been a programming
advisor in several cinemas and TV channels, as well
as evaluating projects and providing advice on
audiovisual content in different institutions in her
country. Additionally, she prepares presentations and
coordinates various film events in Bucharest. 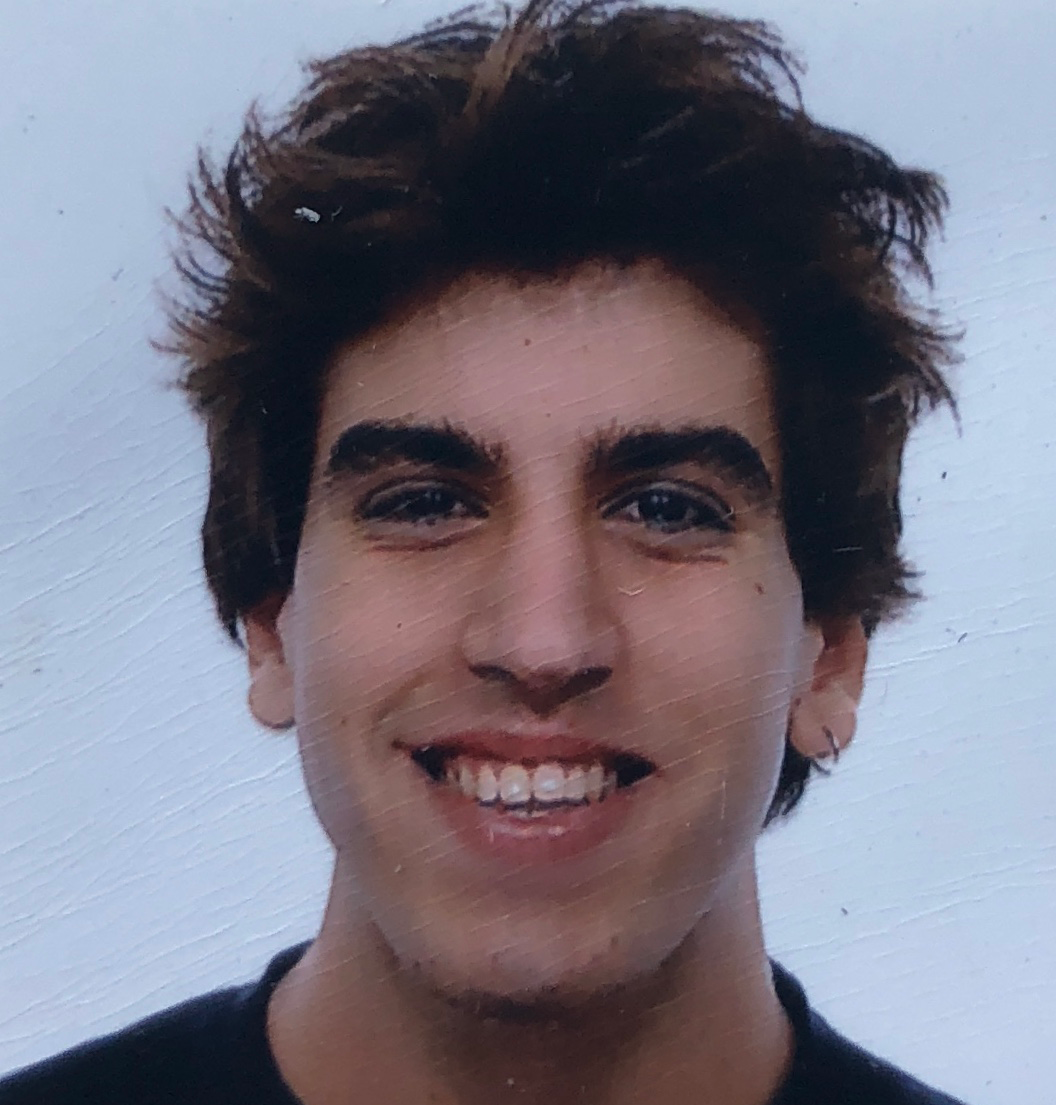 After studying at the German School in Seville, he
begins his Degree in Communication Audiovisual in
the University of Seville. He shows interest in
photography and film directing. Turrión was a volunteer
in the last edition of the SEFF, this year he is part of the
Jury of the Youth in the 68th edition of the SSIFF. Born in Seville, student of Art History, as well as
poetry and essay writer. Martinez is a passionate
film lover. 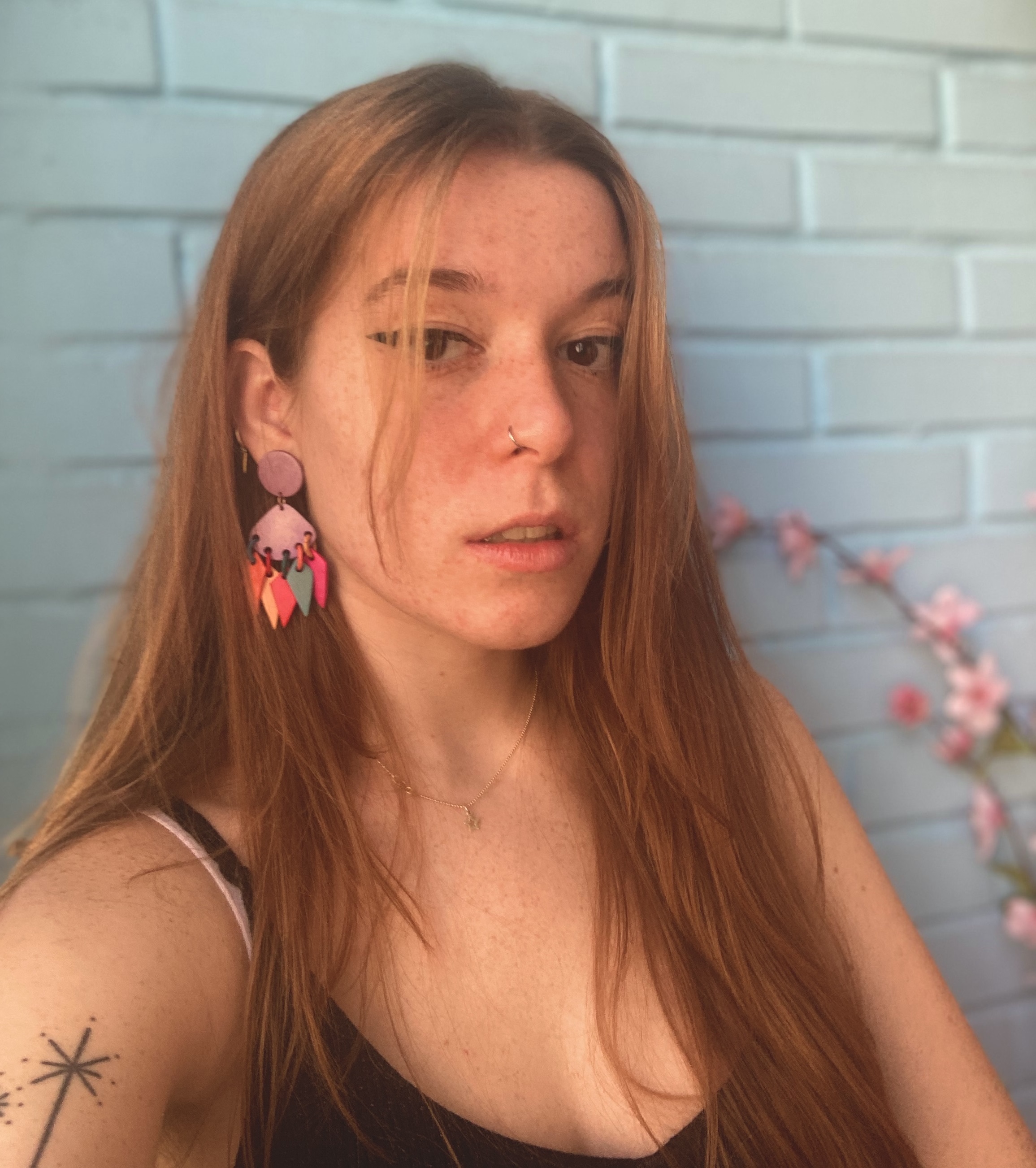 Currently enrolled in the last year of the Audiovisual
Communication degree at the University of Seville.
She believes in cinema as a cultural tool for change,
always seeing it from a gender and artistic perspective. Cádiz, 1993. Graduated with a degree in Geography
and History from the Pablo de Olavide University
of Seville. Currently doing a Master in Andalusian
Artistic Heritage at the University of Seville, and
writing his Thesis about the poetics of water in the
film and sound work of José Val del Omar. 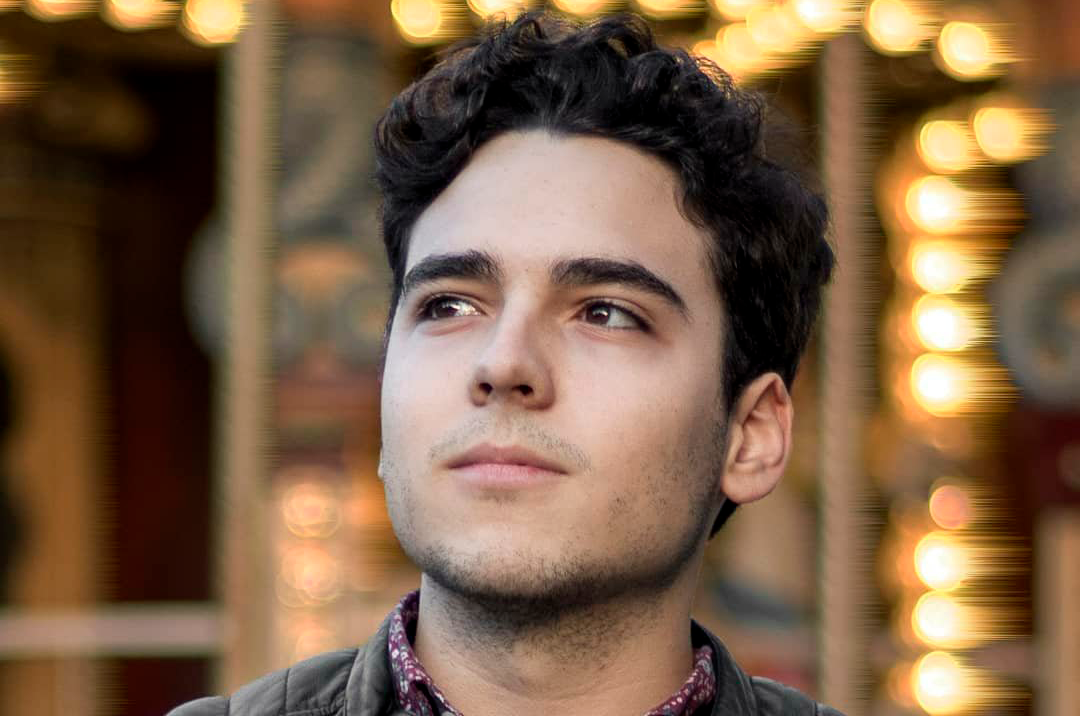 He has written and directed four short films. Last
year he was part of the Seville Festival's Young
Programmers. He is currently studying for a degree
in Audiovisual Communication at the University of Seville.

Seville, 1974. He is a graduate in Marketing, with postgraduate studies in Advertising and Communication
and Film Studies at the International Film and TV School
in San Antonio de los Baños, Cuba. He is a founding
partner of Producciones Singulares, with which he has
made the documentaries Silencio, Alalá and Menese as
producer, scriptwriter, director and editor, as well as other
minor works in fiction, documentary and advertising. He is
a member of the photographic collective El Cíclope Mecánico,
of the Association of Andalusian Production Companies
ANCINE, of the Documentary Film Association DOCMA and
ASECAN. He was the recipient of the TALENTIA 2015 Award
granted by the Andalusian Talentia Network, in the Culture
category for his contribution to the Andalusian audiovisual scene. 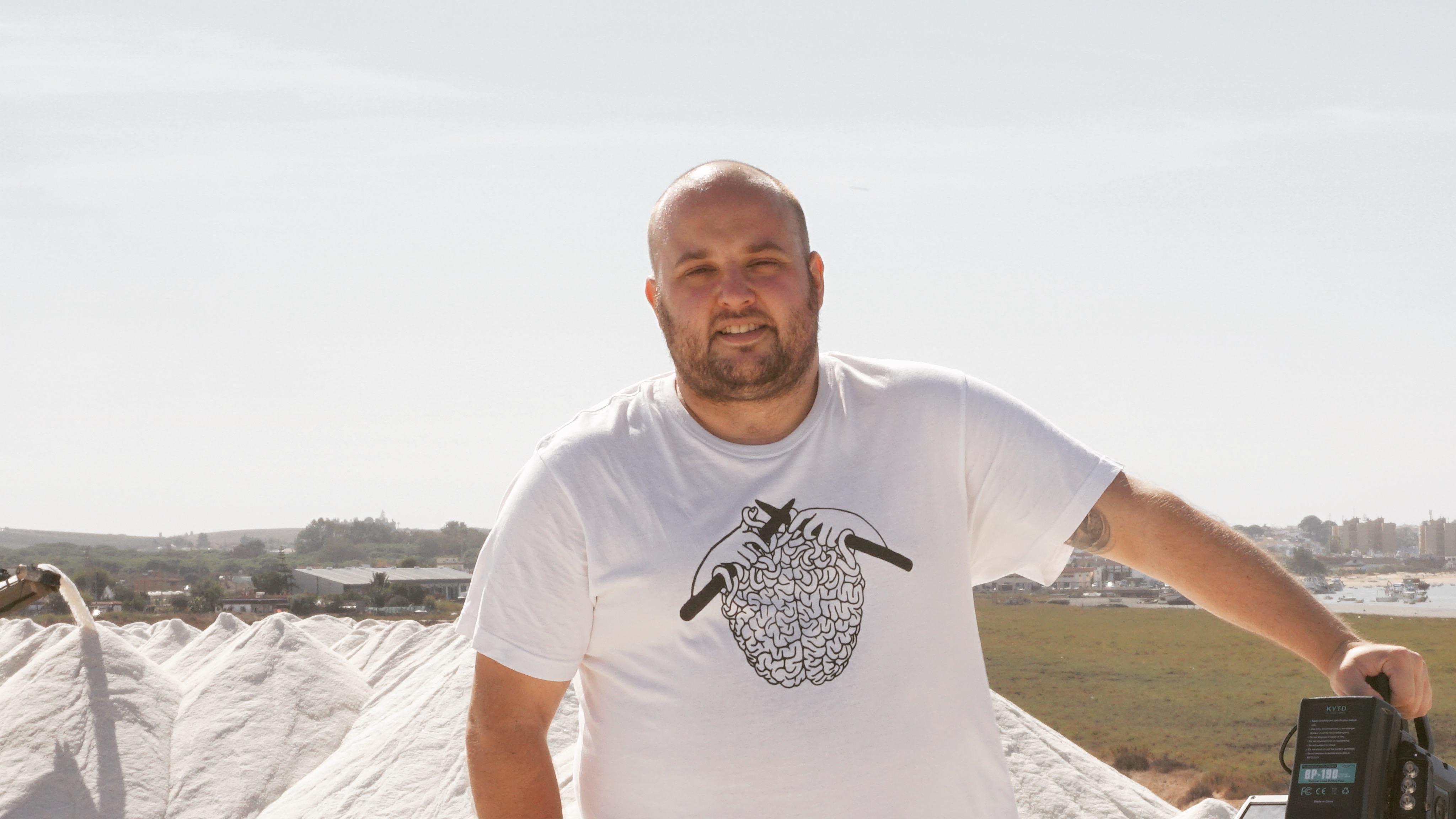 Director and producer, he has made several short
films (N18, finalist in RTVE’s Cámara Abierta and
Cuelga, awarded with Best Director and Best Actress
in DH Rueda, among others), he has also developed
video clips for artists such as Toteking and Reincidentes.
He has directed and produced Eterna, a documentary film
about the Cordovan artist Gata Cattana. Gómez holds a
Master's degree in Cultural Project Management.

Ignacio Ortega Campos has a degree in Image
Sciences, although he has been teaching History for most of his academic career. Campos has been
a film critic in Diario Jaén (1970-77), and is the author
of the books like Crónica del cine en la provincia de
Jaén (1995), La imagen en el taller de imagen (1987),
Historia del cine en Almería, 1896-1936 (2005),
El cine en la escuela (1978) and Miguel Picazo, crónica
de un cinéfilo. He has been a Jury member of the Huelva
Film Festival, a collaborator of Cuadernos de pedagogía,
creator of the Jaén Provincial Council's programs "Encounters
with the cinema" and the Unicaja Foundation's "Encounters
with film directors in Almería", and has served as Director of
Culture for the Almería City Council (1999-05), Director of
Culture for the Almería Provincial Council (2005-09) and
Director of the Cervantes Institute in Brazil (2009-13).